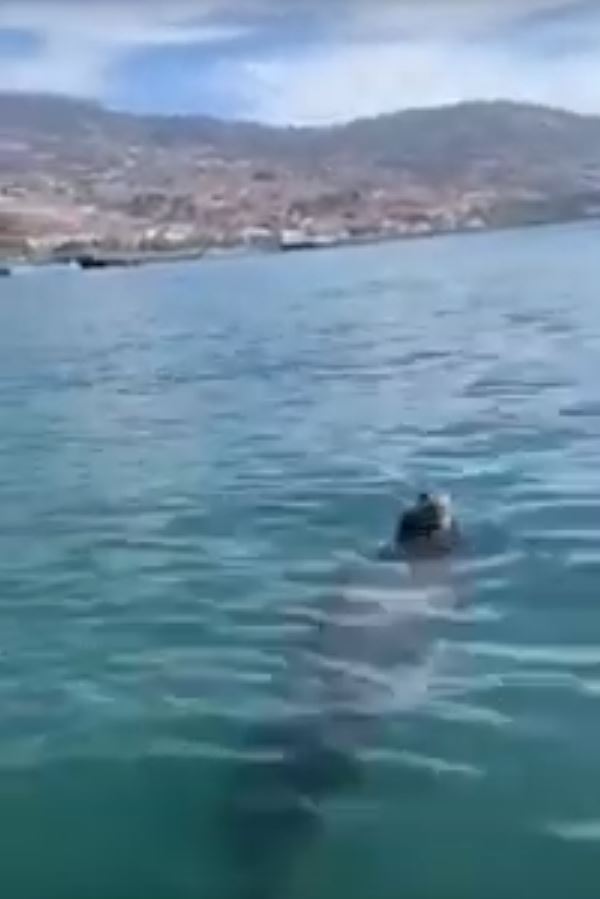 A monk seal was spotted today in the seas of the Region.

The population of monk seals, also known as fur seals in the Region has increased from six to eight animals in 1988 to 25 recently, as reported here.

The importance of protecting this animal, which is “the rarest seal in the world, the only seal that exists in Portugal and one of the most endangered animal species” was the theme addressed by Rosa Pires, a biologist from the Institute of Forests and Nature Conservation, just last month in ‘Baltazar Dias’, in the new ‘Theatre Conference – Madeira from A to Z’.

“It is a vulnerable species and it needs to be cherished by all of us to maintain its survival”, she told the newspaper before the lecture, mentioning that the growth of this population is also the result of initiatives such as “the conservation program for the protection of the fur seal in Madeira” in 1988.

At that time, there were only “between six to eight animals and today we have 25”, she welcomed. She added that “in addition to the population having been increasing, we had a project, ‘Life Madeira Lobo-Marinho’, which ended last year and which allowed us to know the state of the population in a very rigorous way”.