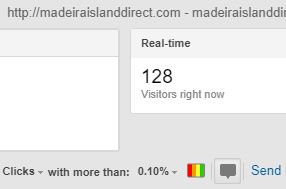 Regular readers will have become frustrated over the last year that little more than 30 of you can access the blog at the same time. After that, users get the various “resource limit reached” error messages and have (if you have the patience – many don’t!) to wait 10 minutes until the site recovers and comes back up again. We have long suspected that there may be some foul play here due to unusual traffic patterns in the background stats. However, this theory cannot be conclusively proved, so we’ll leave that behind, but fortunately, with the intervention of a good samaritan and “expert geek” (- his own description! – more of that in a later post), the blog has finally been moved to a top-end high-performance server that is hugely more powerful and secure than the one that has run the blog since 2012.

The upgrade has taken the best part of a week, with some 20GB of data going back to 2007 being moved to a new home and then rigorously tested, and all has gone well, with just a few creases having to be ironed out. Soon after the new site went live, simultaneous users exceeded 150 without any degradation in performance whatsoever. Access times have improved considerably, which should result in a further rise in the Google search ranking, which has remained ridiculously high considering the number of error messages being generated. Additional security will eliminate any malicious attacks, and routing through the latest Cloudflare technology has further improved performance – pages should load more quickly.

At the same time as the upgrade, the automatic posts to both Twitter and Facebook have been reinstated if readers prefer to pick up the latest posts there. E-mail notifications of new posts were turned off during the upgrade but are being reinstated now.

Thank you all for your patience! Any feedback would be welcome.

30 thoughts on “Blog moves to a new level”