4-master heads for Panama after repairs 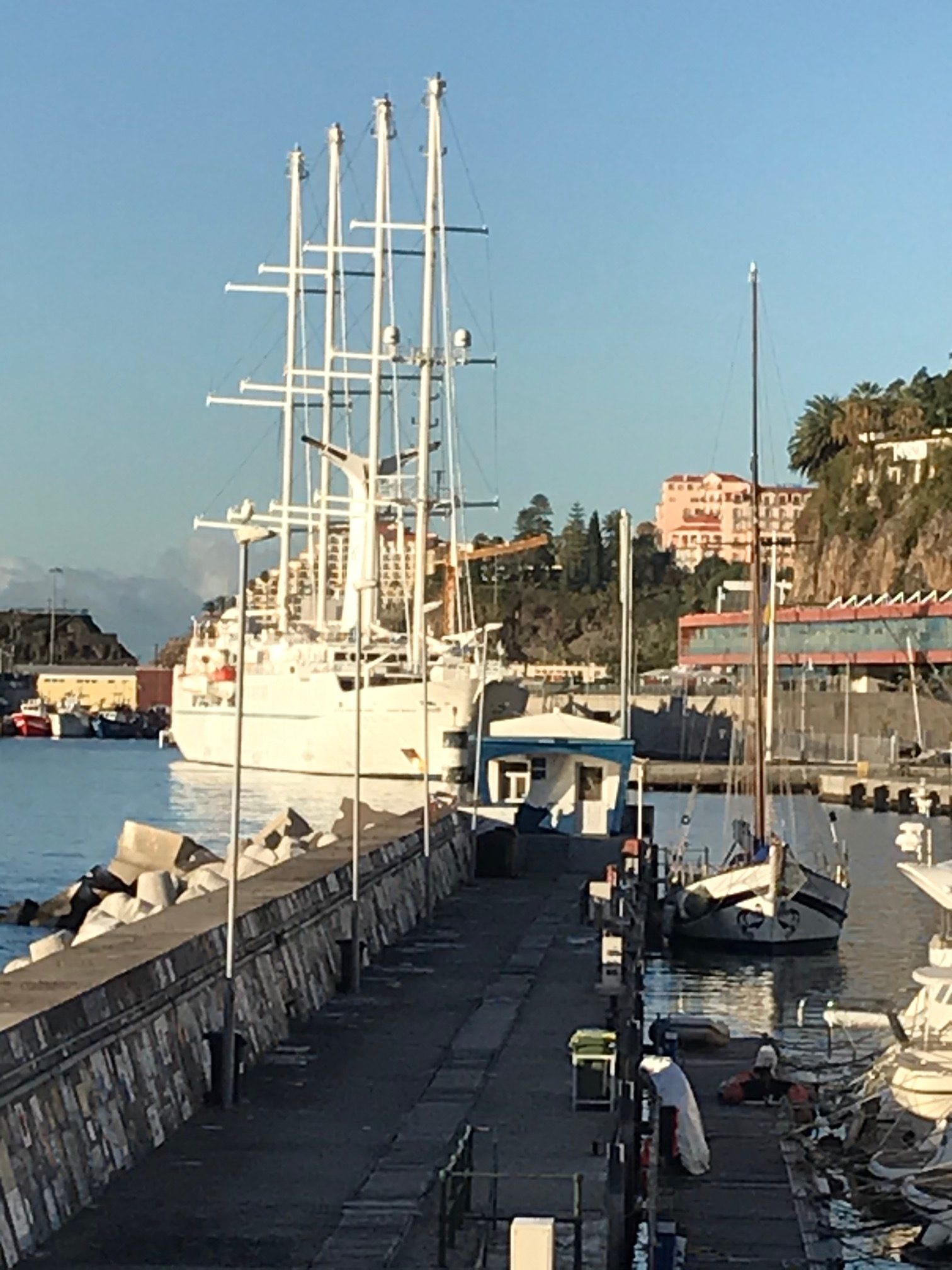 A number of people, including passengers, contacted the blog after the Wind Star docked in Funchal and showed little inclination to leave as planned. It finally left yesterday afternoon, scheduled to start a cruise from Panama in three days time.

It anchored in Funchal due to a malfunction in one its engines on Friday the 15th of this month (it had to anchor as the port was so busy that weekend). It was en-route from Portimão to St. Maarten when it developed generator problems off Porto Santo

It was originally due to depart Funchal a week later on the 22nd.  RTP Madeira reported on the 19th that technicians had already arrived in Madeira to try to repair the engine. In the meantime, some of the passengers chose to return home by plane. Others remain aboard the Wind Star.

Their own website describes what is really a “cruise ship” as a “sleek, 4-masted sailing ship accommodating 148 guests. With four decks and a gross tonnage of 5,307, Wind Star feels like your own private small ship”. “Wind Star features wide open, teak decks, which are quite unusual for small ships. Guests will find hidden nooks for private moments giving them a feeling of being on their own private veranda”. It was built in 1987 and has 91 crew. 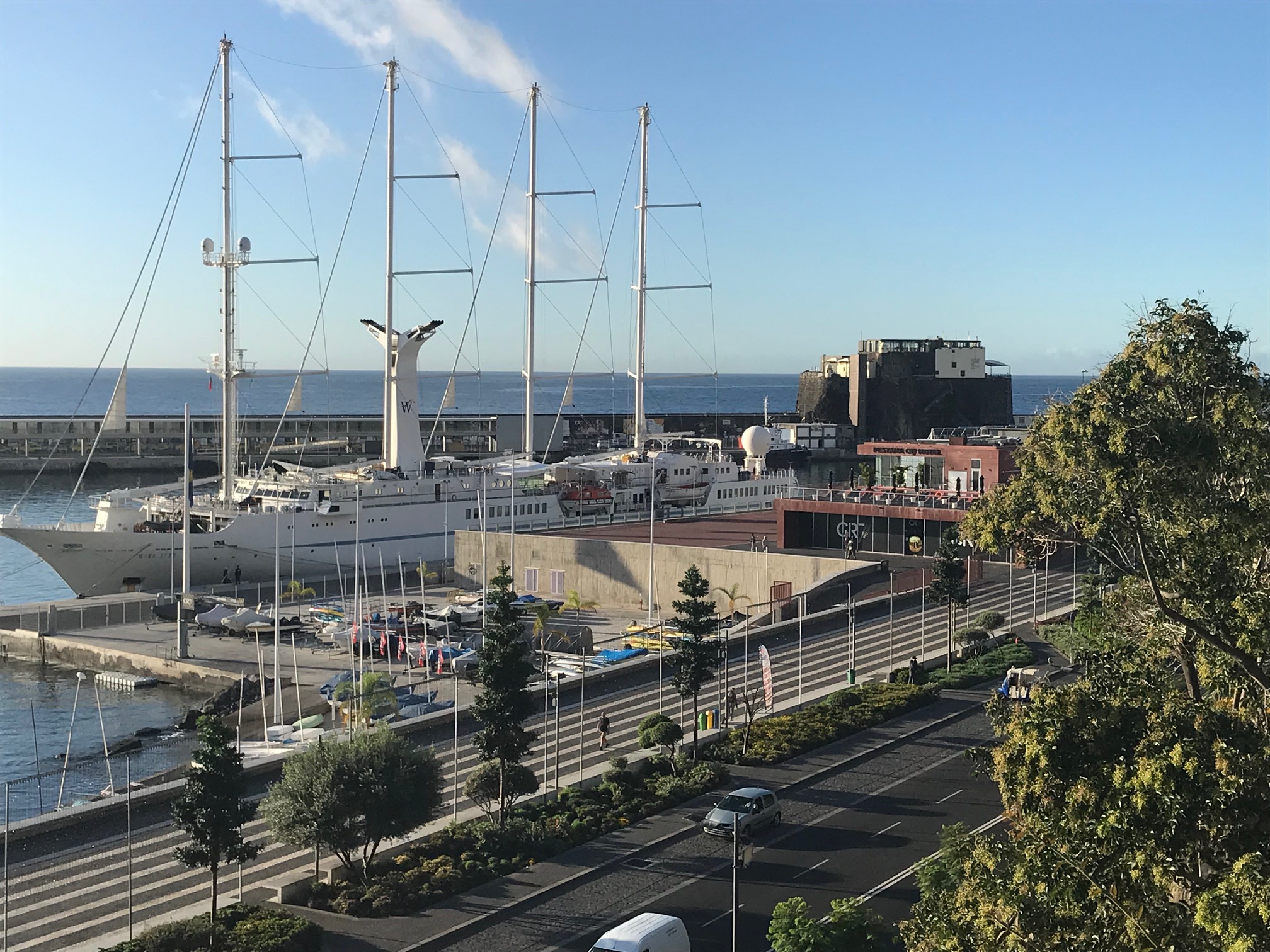