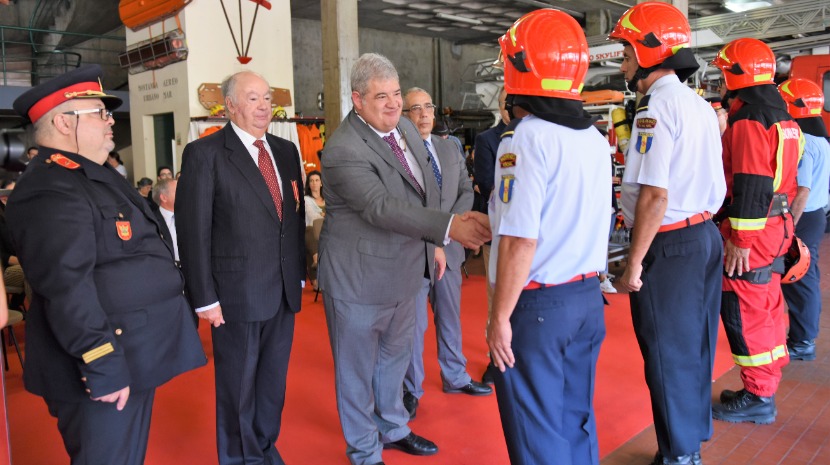 JM report that the Madeiran Volunteer Firefighters (BVM) celebrated its 93rd anniversary yesterday, in a ceremony attended by the Regional Secretary of Health and Civil Protection, Pedro Ramos, the Vice Presidents of the Regional Legislative Assembly, Rubina Leal and José Prada, and former president of the Regional Government, Alberto João Jardim, among other figures.

On the occasion, the president of the Madeiran Volunteer Fire Department, Rui Pedro, highlighted the approximately 50,000 interventions carried out by the BVM in the last five years, 7,800 of which were in 2019 alone, in actions such as pre-hospital emergencies, urban and industrial fires, and most notably fighting forest fires as well as participating in the Forest Fire Fighting Operational Plan with three permanent teams and two Combat Logistics Support Teams.