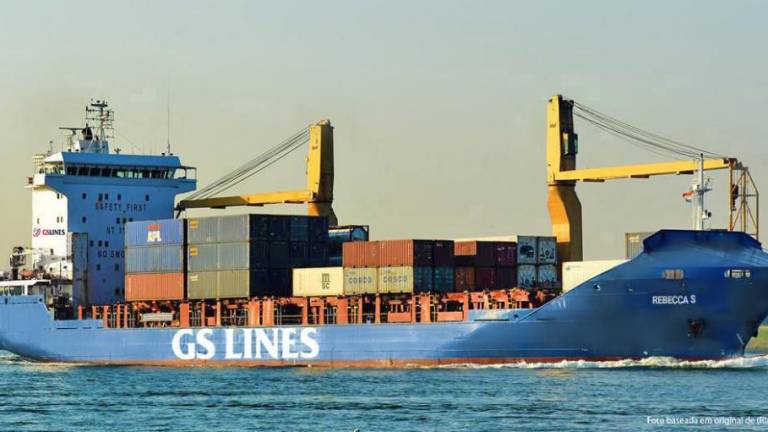 The Diario reports that shipowner GSLINES, from Grupo Sousa, today acquired the ship “Rebecca S” to reinforce maritime lines between Portugal and Autonomous Regions of the Azores and Madeira, replacing the chartered vessel “Pantonio”.

The “Rebecca S”, which until now operated in the Caribbean under the name “Samba”, registered in Antigua and Barbuda, will be registered in the International Shipping Register of Madeira, flying the Portuguese flag.

Currently docked in Kingston, Jamaica, in the next few days “Rebecca S” will be subjected to an inspection, certified, audited and certified under applicable international codes

The “Rebecca S” is expected to arrival in Lisbon in early December, will be under the command of Commander Paulo Silva, with his crew with two Madeiran officers, the Immediate, Ana Melim, and the Chief Engineer, Alexandre Bettencourt.

Grupo Sousa is the largest national shipowner – the only Portuguese one on the list of the 100 largest shipowners worldwide (86th in the Alphaliner list). It operates 9 ships, including the “Lobo Marinho” (Porto Santo Ferry), “Funchalense 5”, “Raquel S“, “Laura S” and “Rebecca S”, and 4 charterers: “Manatee”, “Leonie P”, “Insular” and “Lagoon”.