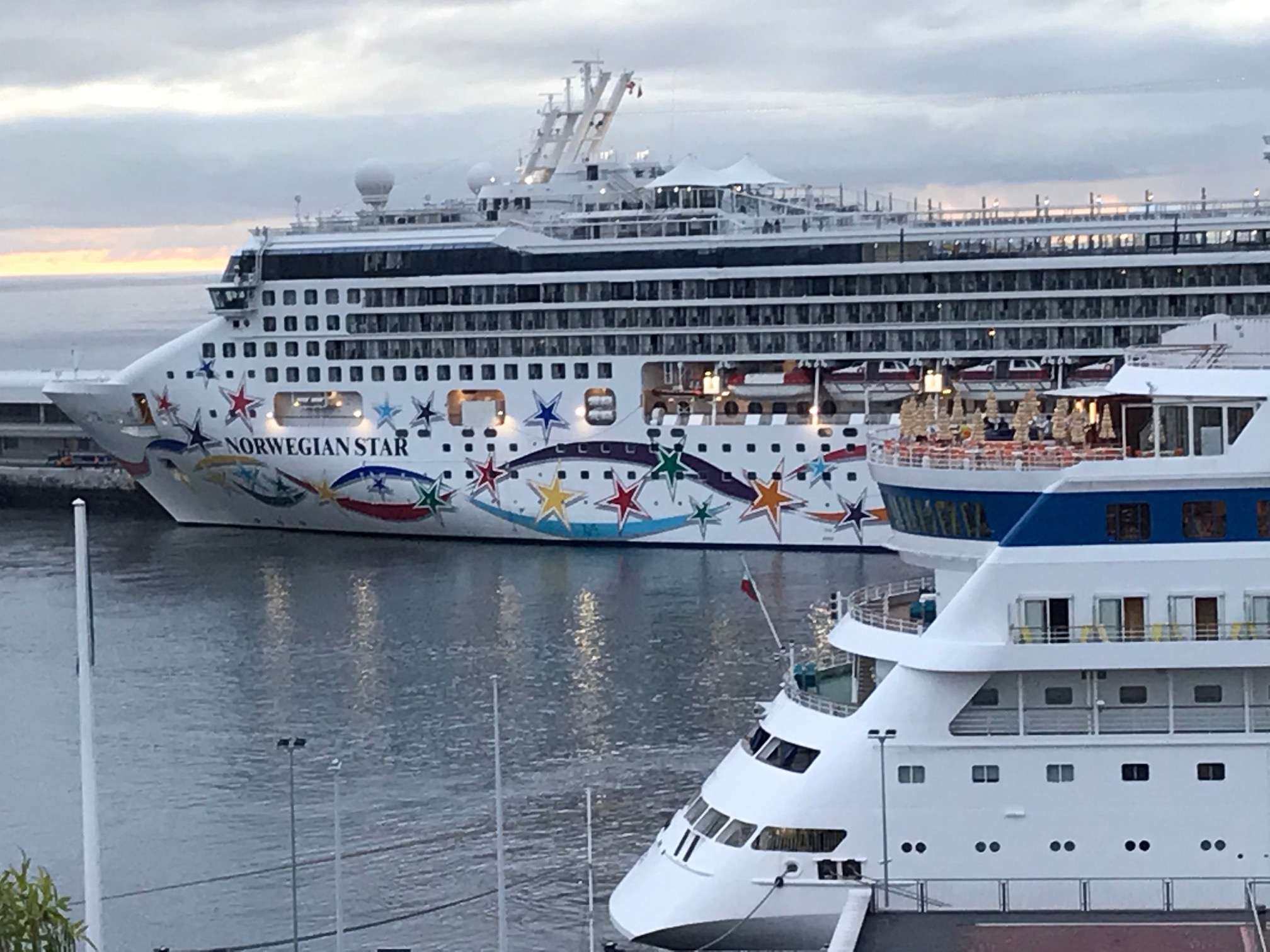 FN report that November is a big month in the port of Funchal, with thousands of tourists entering the city and a lot of movement through the streets. “Good for business in its many aspects”.

Yesterday morning the Norwegian Epic arrived in port, where it docked in front of the AIDAcara which has been here since the morning of the 26th, on a 64-hour visit. The photo opposite is actually of the Epic’s sister ship, the Norwegian Star which was in port the previous day, with the AIDAcara in the foreground. The photo below is yesterday with the Epic and AIDAcara.

The Norwegian Epic came from Cadiz with 4,051 passengers and 1,682 crew on board. It left yesterday afternoon for Lanzarote. The AIDAcara left last night at midnight, with 1,078 passengers and 390 crew members.

The Saga Sapphire, from Southampton, was scheduled to arrive last night and is scheduled to leave today at 17:00 for Santa Cruz de La Palma. 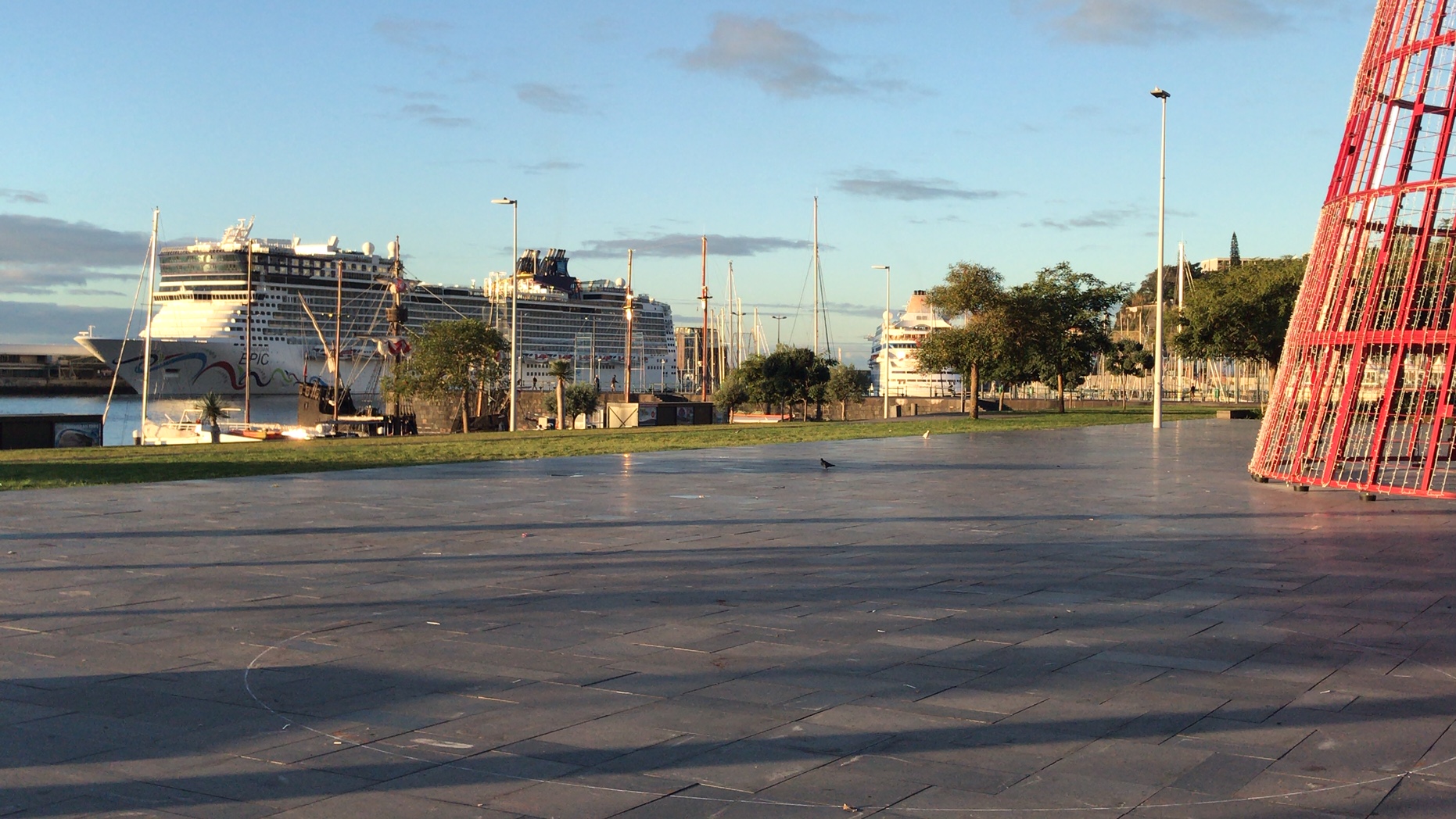