Volunteers will be mobilized in about 2,000 stores across the country 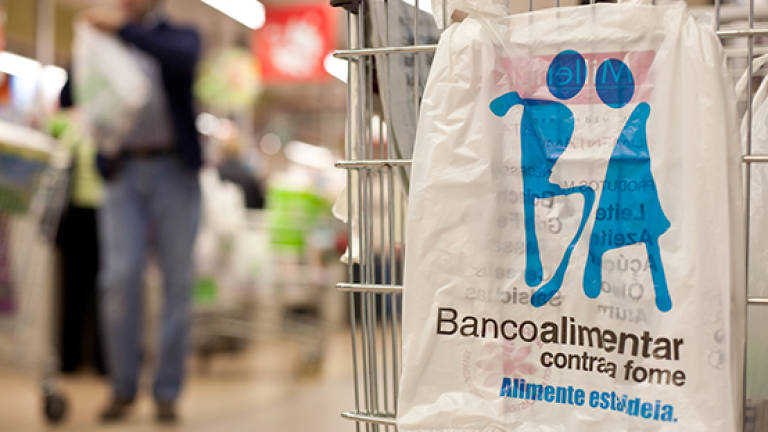 The Diario reports that Hunger Food Banks will hold another Food Collection Campaign over the weekend to bring food to those who need it most and will have over 400,000 volunteers in about 2,000 stores across the country (this seems an unusually high figure, as the population of Portugal is only a fraction over 10 million?). In Madeira, the supermarkets usually participate in the campaign, offering shoppers a special carrier bag when they enter, which they put items in and hand back when they leave.

This year’s campaign will feature the membership of all NOS League and Pro League football clubs, whose games take place over the weekend. “The Liga Portugal Foundation thus mobilizes its supporters and players, challenging them to support this initiative and to reinforce this real social network for the benefit of so many needy Portuguese”, the press release said.

Non-perishable foodstuffs donated by people (milk, preserves, olive oil, sugar, flour, pasta, etc.) will then be sent to the warehouses of the 21 Food Banks in operation and weighed, separated and packed. In the end, and with the use of volunteering, the result is distributed locally to people with food needs through more than 2,600 social solidarity institutions, previously selected and monitored in their daily activity.

In the campaign, the population can also contribute through product vouchers, which will be available until December 8 at the supermarket boxes. Each voucher has a specific barcode associated with the products each person wants to donate to the Food Bank. The Food Bank also provides the online donation ‘address’ www.alimentestaideia.pt.

Last year, the 21 Food Banks operating in Portugal distributed 24,262 tons of food (with an estimated value of €34 million). Food was delivered to about 380,000 food-poor people through 2,400 institutions.

Food support is distributed to people with proven needs in partnership with charities, in the form of product baskets or cooked meals.