Work on cliffs above major junction on Rapida at São Roque 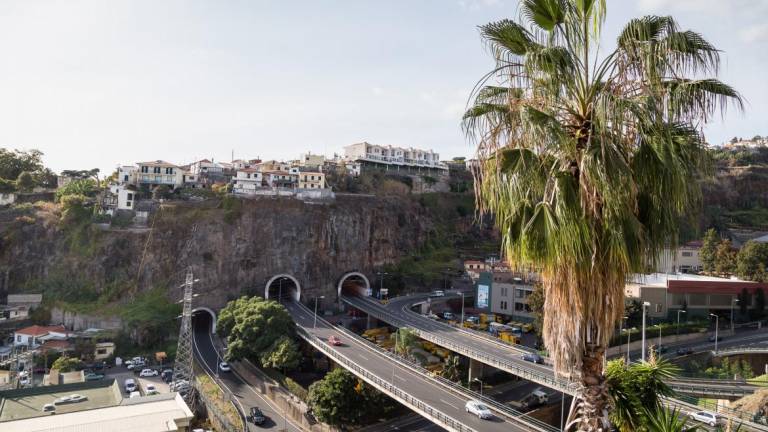 The Diario website reports on a “very important and necessary work”, which was how the Regional Secretary of Equipment and Infrastructures, Pedro Fino, described, this afternoon, the interventions that will take place on the escarpments overlooking the João Abel de Freitas tunnel on the Via Rapida (VR1) and which will start tomorrow, the 21st of November.

“These are very important works because they aim to provide safety to all the people who circulate in this section of the highway and, during the works, the traffic must be conditioned for the work to proceed with the utmost safety and caution”, explained Pedro Fino .

“To minimize the impact of the works”, these works, whose investment is around $200,000, will take place in two phases.

In the first phase, which will focus on the exit and southern section of the João Abel de Freitas Tunnel, it will be necessary to cut the VR1 towards Ribeira Brava – Caniçal, in Funchal, between the Santo António Node (Node 10) and the Node of Santa Luzia (Node 11). This interruption will run daily at night from 9:00 pm to 6:00 am (with less traffic), and on Sundays throughout the day (until 1 December). The completion of this first phase is scheduled for 6 December.

VR1 users wishing to travel at these times in the direction of Ribeira Brava – Caniçal must respect the signs posted on the road, leaving VR1 at the exit of Pilar Node (Node 9) or Santo António Node (Node 10). and may resume his route at the entrance branch of VR1 in Santa Luzia (Node 11).

In the second phase, work on the João Abel de Freitas Tunnel North Strip is scheduled to start on 7 January 2020, for an estimated two weeks at the same time. For this purpose it will be necessary to cut the VR1 towards Caniçal – Ribeira Brava, in Funchal, between the Pestana Júnior Node (Node 12) and the Santo António Node (Node 10).

VR1 users wishing to travel at these times in the direction of Caniçal – Ribeira Brava must respect the signs posted on the road, leaving VR1 at the exit of Pestana Júnior Node (Node 12) and may resume their route in the entrance branch. from VR1 in Santo António (Node 10) or the Pilar (Node 9).

The Regional Director of Roads, António Ferreira, said it is necessary to do this work at night when there is less traffic on the highway” and called for understanding people from the public. “We have articulated this work with the Funchal City Council, we have a special noise license issued for that purpose, but traffic constraints are inevitable, so we appeal to people’s understanding to actually facilitate and reorient their routes, to minimize the implications on the city, but it is inevitable to do this work for safety reasons”, he said.