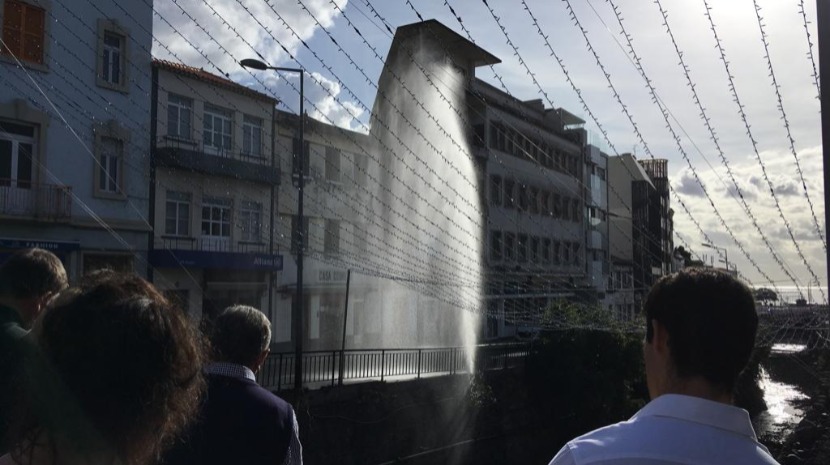 JM report that a burst water pipe at the bottom of Rua 31 de Janeiro in the centre of Funchal aroused the attention of many people in the city this morning.

The water jet several metres high was stopping passers-by, as can be seen from the videos below. The cause of the burst was unknown at the time.

The Diario described motorcyclists as having trouble negotiating the area.

Later: The municipal high-pressure water network that burst this morning following an ongoing intervention on the Santa Luzia stream will not affect consumers, says the Funchal City Council (CMF). According to the council, the incident occurred in the course of the work being carried out by the Regional Government, and the contractor was ready to solve the problem.
The water network in question will remain closed, according to CMF, for the duration of the intervention, but without consequences for the final consumer.