President of the Legislative Assembly of Madeira supports protestors 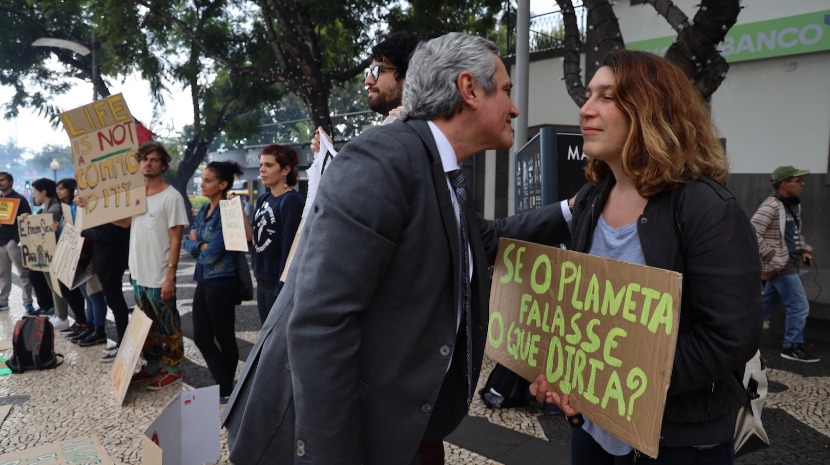 JM report on the spontaneous demonstration outside the Madeiran Assembly was called by the Zero Waste Madeira movement, and the President of the Assembly took time out to talk to them.

José Manuel Rodrigues said he considers it “very important for young people to be environmentally conscious,” addressing a group of about 20 people who had gathered at the door of the Madeiran parliament to draw attention to the problem of climate change.  He promised to make “an influential judiciary” because “we are at a time when climate change is having huge effects on people’s lives and the process has to be reversed”.

He acknowledged that the new generations are leading this fight, pressuring the governments and parliaments to take action (…) I think this is extraordinary and I think above all that it is a cause to be supported”, so José Manuel Rodrigues left the guarantee a judiciary of influence to create more environmental legislation.