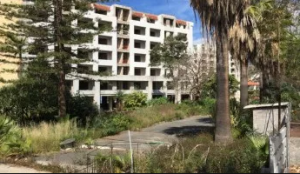 TV station RTP reported last week that work at the old Madeira Palácio has already begun and will take place over the next 16 months as it reopens as an Enotel hotel unit along the lines of the nearby Enotel Lido. The building will be ready in August 2020. The photo to the left is a year or so old, whilst the photo below was taken last Thursday, with “Enotel” boards obscuring the site and workmen alreadt visible on the top floors.

The Enotel group acquired the Madeira Palácio for 40 million euros after it had been closed for 10 years. The permit for the start up of the works and the marketing of the new owner has already been approved and after renovation the hotel will be called “Enotel Madeira Palace”.

However there are still two actions in court related to the insolvency of the original hotel. Close to 25 workers are still tied to the old Madeira Palácio and making claims. According to the Trade Union of Hotel Workers, the Enotel company does not recognise any duty to the workers nor does it admit that they can be transferred to the responsibility of the hotel group. 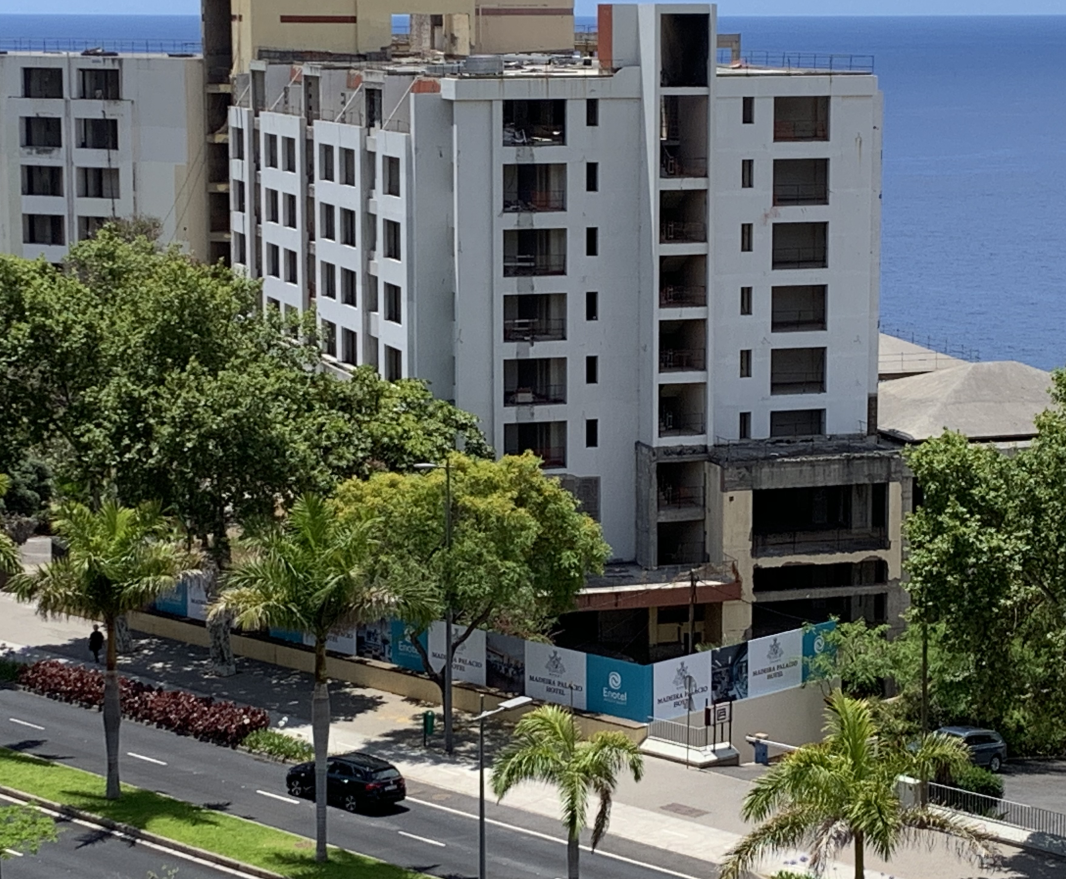