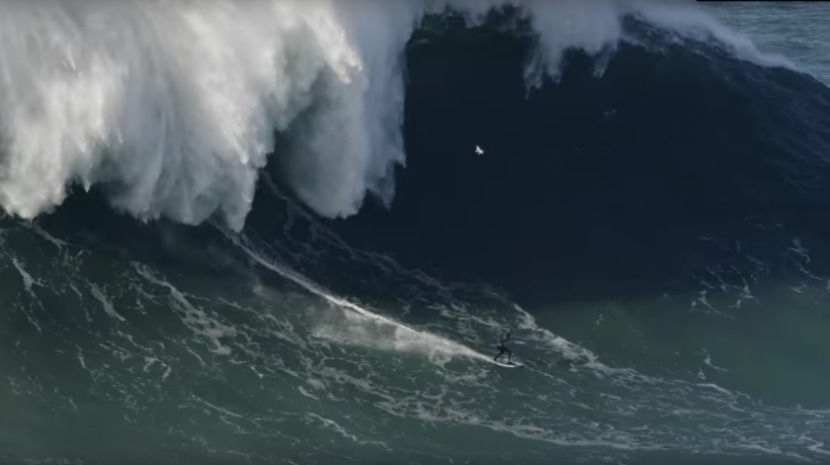 Thanks to Peter for sending in a link to a Journal story. Tom Butler, barely visible above, is believed to have surfed the biggest wave ever, in Praia do Norte, in Nazaré in the north of mainland Portugal, last Friday.
The occasion was recorded on video, below, which it is hoped will help clarify whether the wave can be declared a new world record.  The British surfer and his team believe the wave was about 30 metres high.