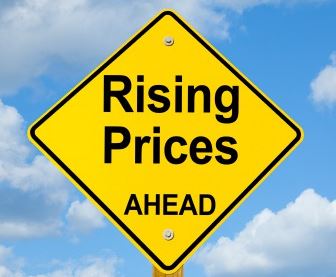 The Portugal News reports that across the country prices will rise next year. Rents, tolls (how long before they arrive on Madeira’s only motorway?) and public transport are among the services that are set to go up during the first days of January, potentially even rising further during the course of 2019. Some relief will come in the shape of energy bills, with electricity costs set to fall by around 3.5 percent.
Sugary non-alcoholic drinks are also once again on the government’s target list, and will be taxed according to their sugar content.
Tobacco, which has hardly seen any increases in the past decade, will also go up, with a pack of cigarettes going up by 10 cents and will now cost around €5.
Regulated rental payments will post their biggest hike since 2013, and will be matched to the anticipated inflation rate, which will hover around the 1 percent mark.
On the mainland, toll price rises will also be linked to the consumer price index. Motorists can also expect to once again be charged with aiding to fill the state’s depleted coffers. While all new cars will be taxed higher and road tax also pushed up, vehicles that pollute the most will be subject to the highest price hikes.
The Lisbon Municipal Assembly meanwhile approved the doubling of the capital’s Tourist Tax, from €1/person/night to €2. Again this is something that Madeira could see more of, with its application spreading outside the Santa Cruz local authority area, where it is described as an “Ecotax” – Funchal is an obvious choice.

The newspaper also reports that one increase that will be widely welcomed by current home-owners, is that in house prices, with real estate in Portugal set to go up for at least the coming two years. Financial rating agency Moody’s, so often the bearer of negative news for Portugal at the start of the decade, has said that house prices will rise by around 7 to 8 percent between now and 2020. Portugal is also expected to record the biggest increase in house prices across Europe.
Real estate in Portugal has been on the up since 2013, and in 2017, surpassed prices in the boom years leading up to the financial crisis which started in 2008.