Second most visited in Portugal 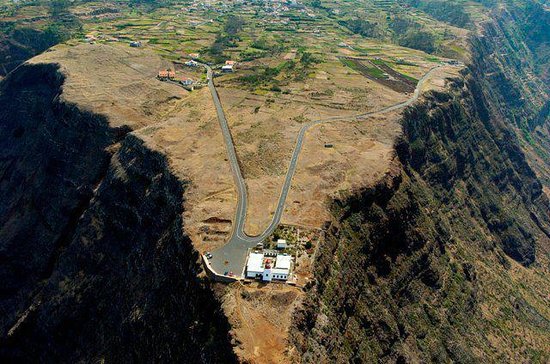 The Diario reports that the lighthouse at Ponta do Pargo, in the extreme west Madeira, was the second most visited in the country in 2018.  According to the National Maritime Authority the 28 Portuguese lighthouses open to the public attracted 101 613 visitors, registering a new record for visitors in a year. Compared to 2017, when there were 73,892 visitors, there was an increase of approaching 40%.
The increase in visitors in 2018, compared to the previous year, is also a record since, since the headlights opened to the public in 2011, the average annual increase in visitors was 7600. At the top of the preferences the Lighthouse of Aveiro, also known as the Lighthouse of Praia da Barra, recorded 15,561 visitors this year. In the north of the mainland, this is the tallest lighthouse in Portugal, exposed to the Atlantic waves which create record-breaking surfing conditions. The second and third most visited Portuguese lighthouses of this year, the Lighthouse of Ponta do Pargo and Lighthouse of Arnel (in the Azores), registered 15,301 and 10,951 visitors, respectively.
In Madeira, the two lighthouses open to the public (Farol da Ponta do Pargo and São Jorge) totalled 23,410 visitors.