Vinci Airports take over at Gatwick 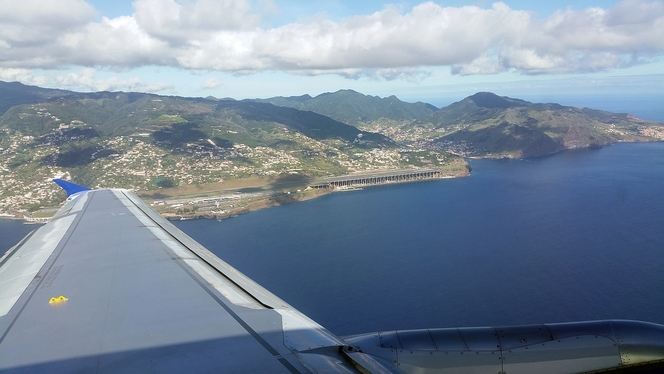 Vinci Airports, who operate most Portuguese airports including Madeira, have have announced that they have signed an agreement to acquire an effective 50.01 per cent stake in Gatwick Airport, which is a freehold property airport. The transaction is expected to complete in the first half of 2019. The other 49.99 per cent will continue to be managed by Global Infrastructure Partners, the owners of the airport since 2009. In the year ended March 31st, Gatwick Airport Group reported total revenue of £764 million. The consideration payable for the 50.01 per cent stake is approximately £2.9 billion, subject to closing adjustments.
“The transaction represents a rare opportunity to acquire an airport of such size and quality and fits extremely well with Vinci Concessions’ long-term investment horizon,” explained a statement from the company. Gatwick Airport is an outstanding asset with further growth potential. This acquisition represents a major strategic move by Vinci Airports into a strongly performing airport located in a globally significant aviation market”.

Vinci Airports manages the development and operations of 45 airports located in France, Portugal (including the hub of Lisbon), United-Kingdom, Sweden, Serbia, Cambodia, Japan, United States of America, Dominican Republic, Costa Rica, Chile and Brazil. Served by more than 250 airlines, Vinci Airports’ network handled over 180 million passengers in 2017. The company is based in France.
Gatwick handled more than 46 million passengers last year, offering departures to 228 destinations in 74 countries. The airport operates the busiest single runway in the world. Gatwick chief executive, Stewart Wingate, said: “Our chairman and I, along with our senior management team, will all remain at Gatwick and look forward to improving services further for our passengers. “There will be no changes to the immediate running of Gatwick and we expect the transaction to complete by the middle of next year.” He added: “This is good news for the airport as it will mean both continuity but also further investment for passengers over the coming years to improve our services further.”