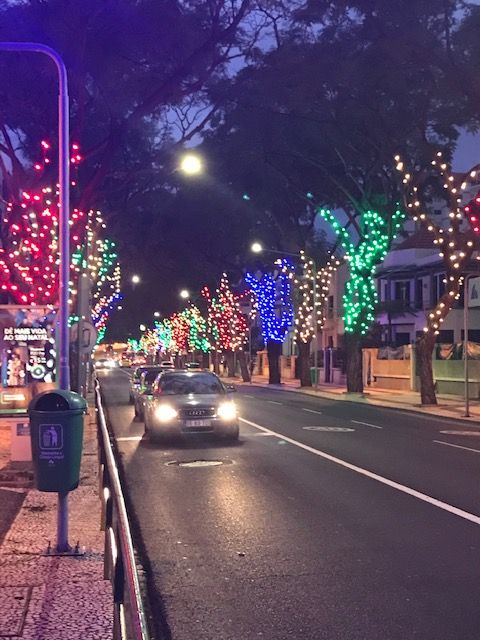 The Christmas lights were switched on over the weekend and the display seems to have been favourably received . The photo is of Avenida Infante, one of the best locations as usual due to the double row of largely Jacaranda that line one of the longest avenues in Funchal.
FN report that there was an unusually high turn-out for the first night – Saturday – comparing it to the Market Night of 23rd December when thousands of visitors converge, saying that “as early as nightfall, Funchal began to register an enormous influx” of both people and cars. They have a selection of excellent photos of this year’s Christmas lights on their website.

After some indifferent weather on Madeira recently, the prospects look better for this week, certainly according to the BBC’s forecast for Funchal later this week, below. The weather app that has started appearing in the latest iOS devices doesn’t quite agree, showing a little more cloud: