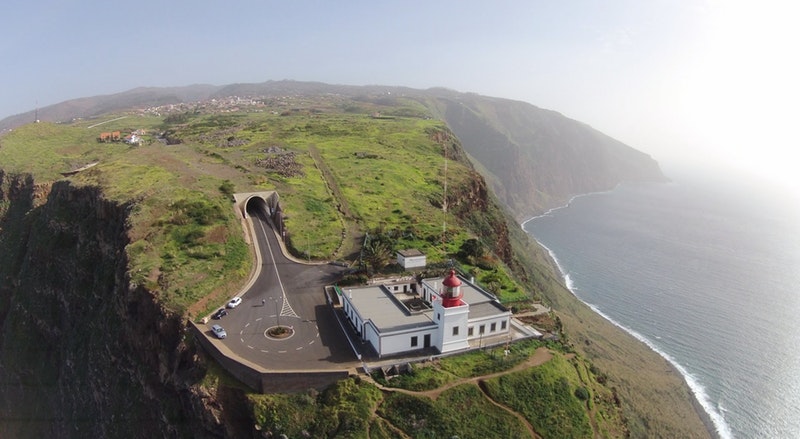 The Diario reports that on Market Night, the minimum temperature recorded at 2.50 in Funchal was 18.5 ºC. Even more remarkable was the temperature at dawn in São Vicente, where the minimum temperature was an impressive 19.2 ºC – in the middle of winter on the north coast! The lowest temperature was recorded at Pico do Areeiro station, just 2.0 ºC overnight.
The potential problems at the airport failed to materialise here – as Maurice pointed out in “Comments” the wind was in a favourable direction instead of gusting down from the mountains. The strongest gusts were recorded in the west of island with 122 km/h in Lombo da Terça (Achadas da Cruz – photo below) at 7:20 p.m., and 120 km/h in Ponta do Pargo (photo opposite) at 7:00 p.m. At Madeira Airport, the strongest gust recorded yesterday was 58 km/h at 8.00 a.m.

For those concerned about global warming the BBC Weather World Review of the Year, recounting all of the extreme weather events of 2018, makes alarming viewing! – on iPlayer here 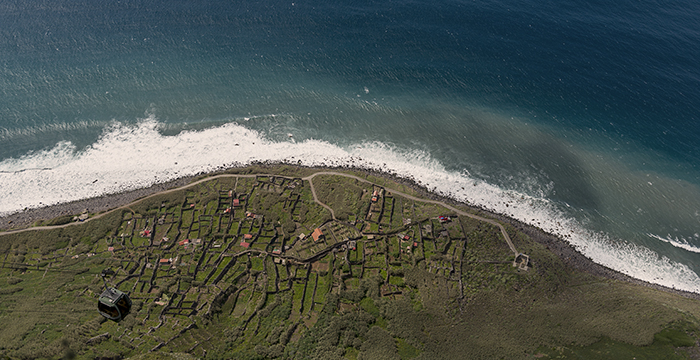