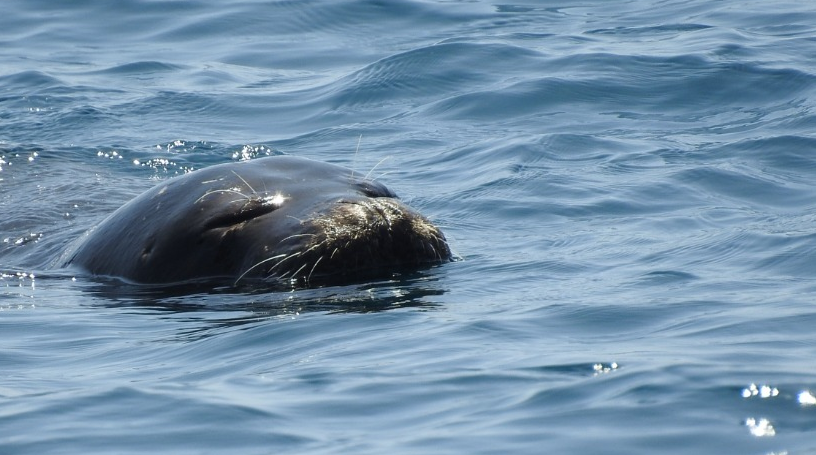 The Journal tonight reports that an apparently distressed sea lion has been attracting attention in the bay at Câmara de Lobos today. A team of experts from the Institute of Forests and Nature Conservation is in the area to establish the condition of the sea lion, which since this morning (Saturday), has remained close to the coast. The adult male has been in the bay for several hours, emerging for air and then submerging for a few minutes between the boats, a routine that has led many casual observers to think that he is injured or otherwise suffering from an illness.
According to the president of the IFCN, Manuel Filipe, the behaviour that the animal has exhibited can be explained as “a moment of rest”, and he appeals to people to avoid  disturbing the animal, which should return to the high sea after recovering strength. Fingers crossed!