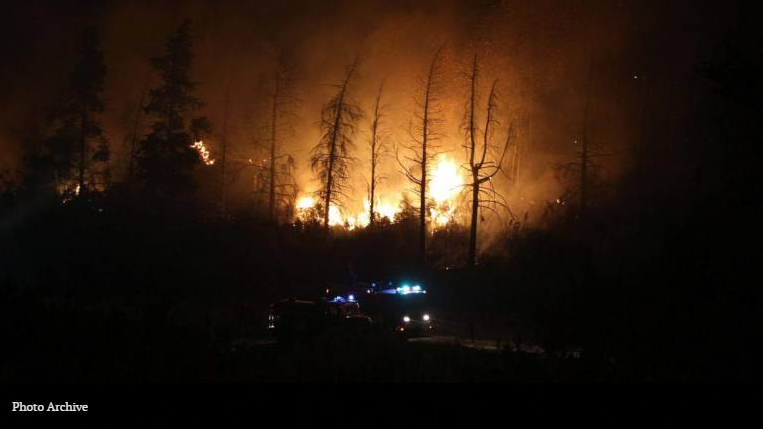 The latest report on the Diario website last night was that the fire in Boca dos Namorados in the parish of Câmara de Lobos that started yesterday morning still had an active flank. According to the latest Civil Protection report, however, the operation progressing favourably. The fire appears to be being fought in a number of different sites, as the area involved is difficult to access. The precise location is described in FN as being between Boca dos Namorados, o sítio da Corrida, the parish of Jardim da Serra, and the slope overlooking Curral das Freiras.
Update – later Thursday: Regarding the fire, the president of the Regional Government stresses that he expects that “the Judiciary Police will be able to catch the arsonist”, since the outbreak had “all indications of a repeated fire situation”. “We can not allow arsonists to continue to burn our mountains, especially in inaccessible areas,” said Miguel Albuquerque.
Today, four small firefighting vehicles were delivered to the firefighters of Calheta, Ribeira Brava/Ponta do Sol, São Vicente/Porto Moniz and Câmara de Lobos. In all, nine vehicles were recently added to the Region to strengthen the regional fire-fighting system. An investment in the order of €700,000 euros, financed 85% by the European Union. 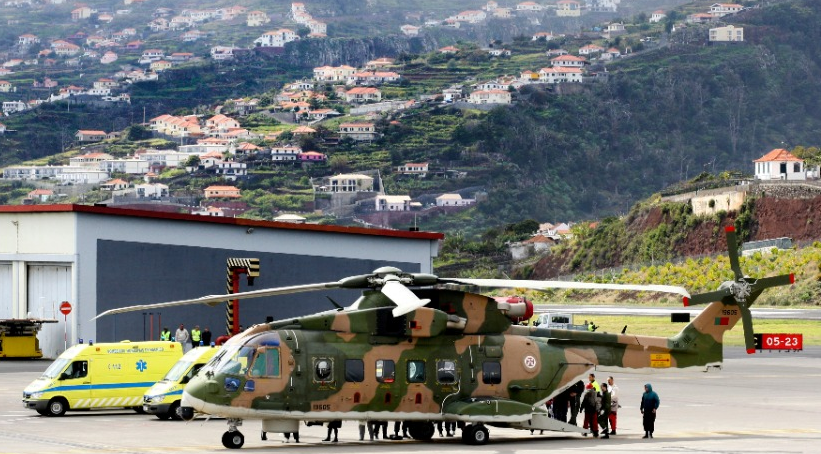 The Journal reported yesterday on a double evacuation from Porto Santo. The Porto Santo Volunteer Firefighters transported the two victims to the airport before they were transferred to Funchal. Their clinical situation and other details are unknown, but they were hospitalised at the health centre in Ilha Dourada on Porto Santo.
The photo from the Journal shows a military helicopter at the airport – I thought there was a helicopter landing-pad on the roof of the hospital?