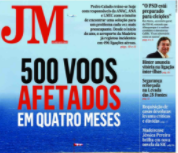 Airport problems: Friday’s Journal led with the headline that 500 flights had been affected by wind conditions at Madeira airport over the first four months of the year. When you read the text the actual figure was 496, but the weather kindly obliged and Saturday ............  ...read more

The Journal reports that the NRP Sagres departed today from Lisbon for a trip to the east coast of the United States, and is scheduled to make its first stop at the port of Funchal btween April 30 to May ............  ...read more

EU entry charge post Brexit: The Express reports that EU ambassadors have announced another important step in protecting the EU’s external borders, which could mean Britons would have to pay €7 to submit a “travel authorisation” application before travelling ............  ...read more 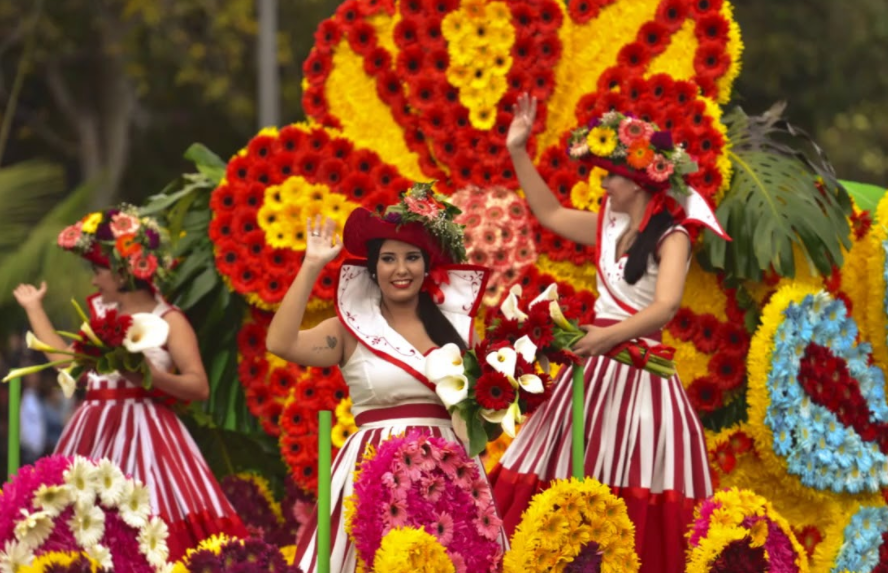 The rain that had threatened just about held off and the Flower Festival managed to proceed as planned yesterday. It was, however, an unusually cold day by local standards. A few videos (below) have already appeared on YouTube, with more being filmed using drones ............  ...read more 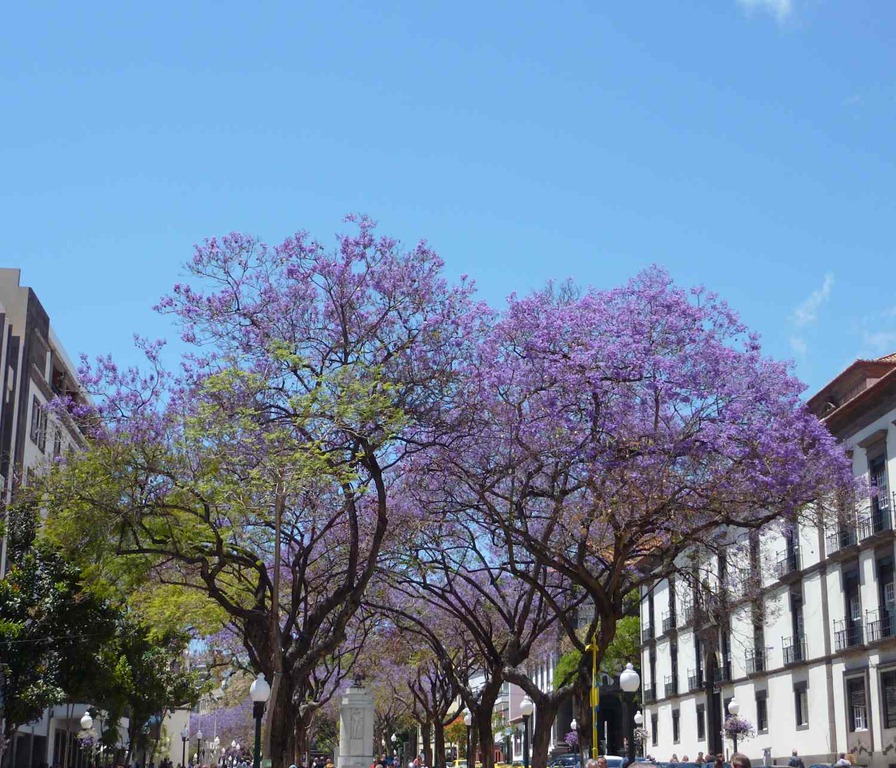 With the Flower Festival approaching it is great to see the first Jacaranda in bloom. It is peculiar that each tree seems to develop at a different pace – looking out this morning I can see some that are entirely bare of leaves but with the distinctive purple ............  ...read more

The weather forecast for the Flower Festival opening weekend, which is nearly upon us, is not looking too good. 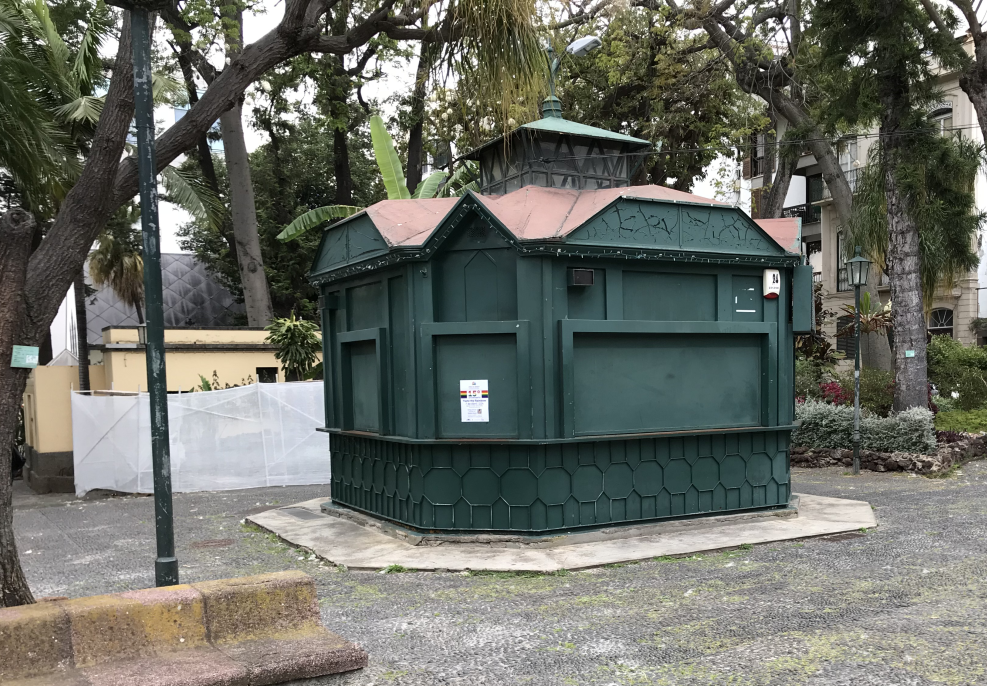 Rather sadly, Café Concerto, one of Funchal’s landmark cafes remains closed. Located in the Municipal Gardens it had possibly one of the best locations in the city centre. The cafe was very popular with locals and tourists alike, and it is difficult to see ............  ...read more 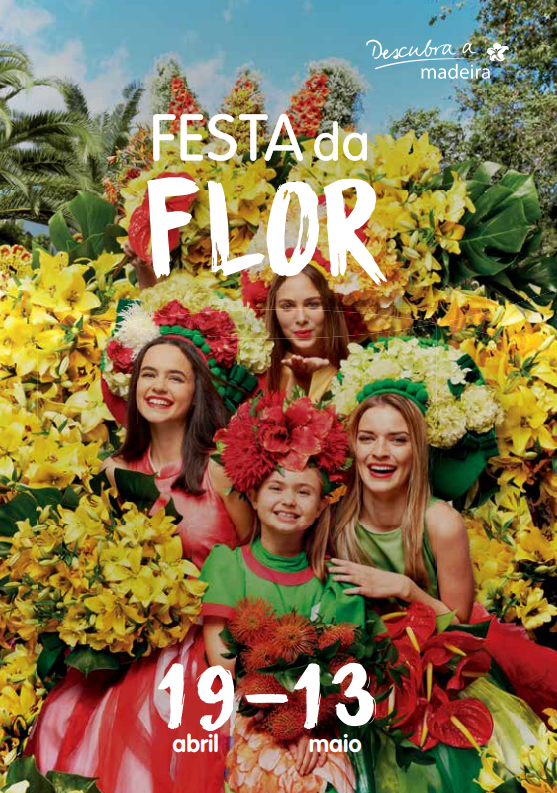 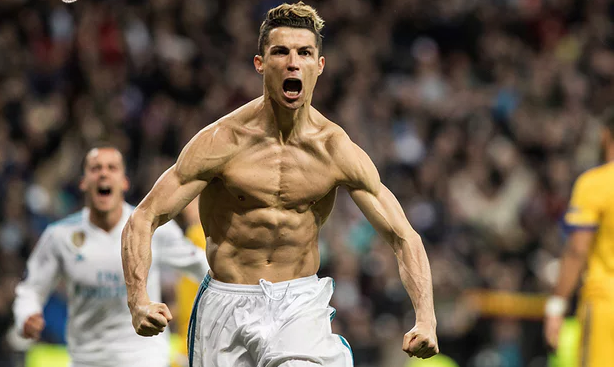 Ronaldo scored a penalty in the 8th minute of stoppage time last night to take Real Madrid into the last four of the Champions League. Unfortunately he then took his shirt off (Photograph: Rodrigo Jimenez/EPA from the Guardian).
The dramatic winner was his 15th ............  ...read more

TAP cancels another flight without explanation

TAP cancelled another flight to Madeira yesterday, this time the regular late departure from Lisbon. Passengers booked on TP 1691, scheduled to depart at 21.50 last night, were told they would have to switch to this-afternoon’s flight TP 1687, departing from ............  ...read more 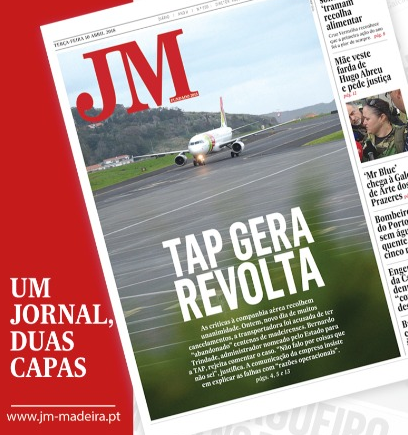 The Journal this morning leads with the many Madeirans are angry with the recent performance of national carrier TAP. “The criticisms of TAP have been unanimous among many Madeiran people and there are many reasons for the revolt”. More cases of passengers ............  ...read more 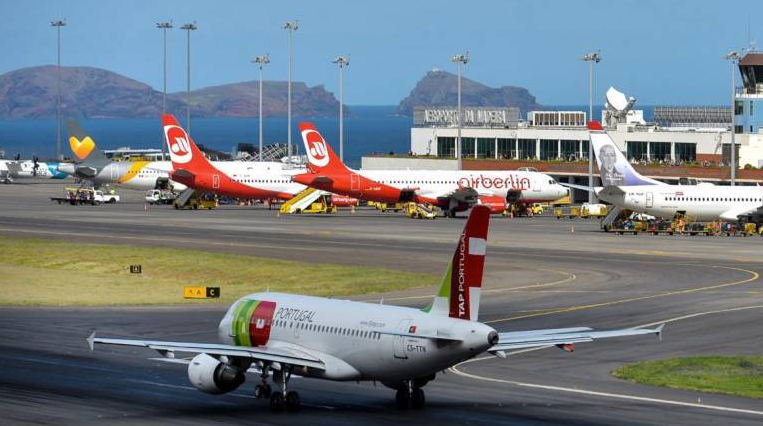 Airport problems – high winds: It seems my weather forecasts are becoming remarkably accurate! As first predicted here (by some margin!), problems arose quickly this morning at the airport. By this afternoon, 14 flights have already been diverted and another ............  ...read more

Winds forecast: Just playing with another App after the success of Marine Traffic in the previous post – this is PredictWind.com, which is a free App aimed at ............  ...read more

Thanks to Sue, commenting on the last post – I feel rather foolish, as I have the Marine Traffic App and never thought to use it – I thought it only tracked the cruise liners! In fact it goes into much ............  ...read more 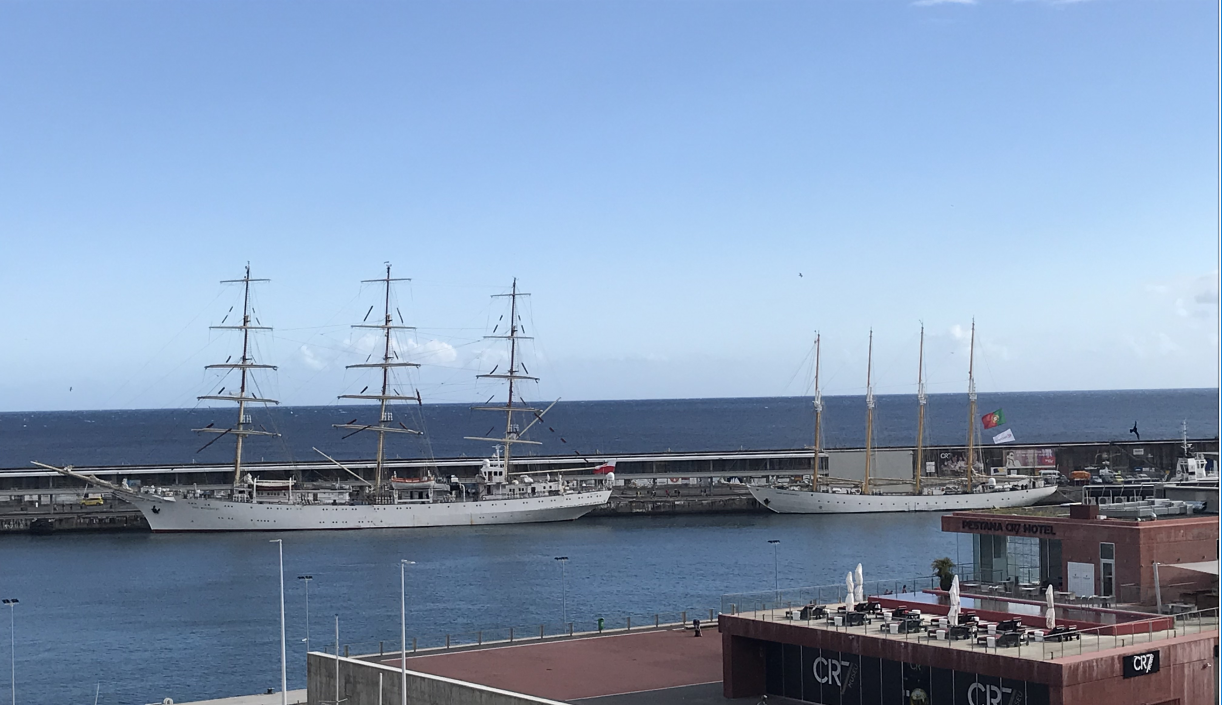 A couple of noteworthy masted sailing ships were docked in Funchal this afternoon – a rather refreshing change to the huge liners that normally occupy these berths. The smaller is the four-masted Santa ............  ...read more 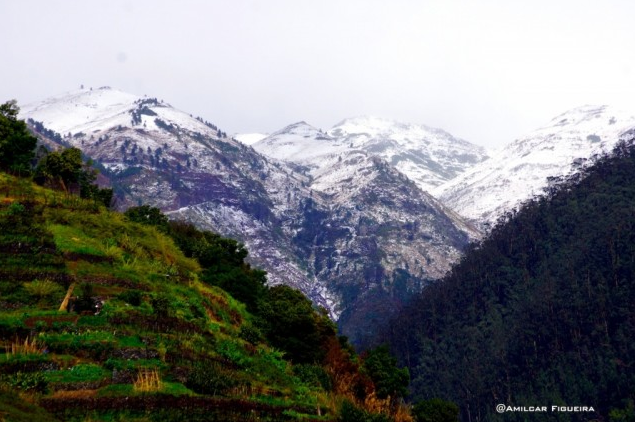 The Diario reports that Madeira will be under yellow weather warning from 21.00 today until 03.00 on Sunday due to the heavy seas forecast for the north coast and Porto Santo. Temperatures will remain low (15-20 degrees in Funchal) with the possibility of snow in ............  ...read more

Cristiano Ronaldo, Madeira’s most famous product, caused headlines around the football world last night as he produced possibly his finest goal as he and Real Madrid turned on the style to beat Juventus in the Champions League quarter finals. The Guardian sums up the media reaction to Ronaldo’s “outrageous” goal: 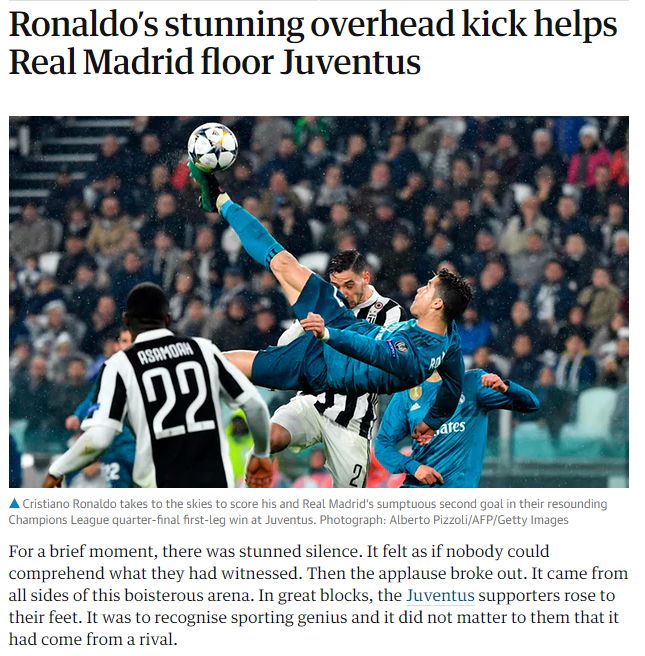 The Guardian goes on explain that “Ronaldo’s numbers are freakish and, at the age of 33, they show no sign of letting up”. He has 25 goals in his last 14 games for club and country. He has scored in every Champions League tie this season and he leads the field for the competition’s Golden Boot with 14. “Something seems to stir inside him when he hears the aria” says their reporter.
Yet the goals cannot be measured by volume alone. Ronaldo has scored plenty of classics. But in a high-stakes game has he ever scored a better one? “It is one of the most beautiful goals in the history of the game,” said the Real manager, Zinedine Zidane. 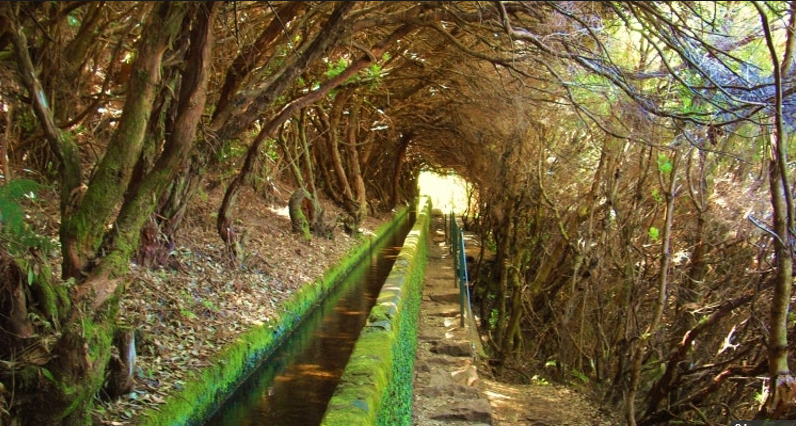 Thanks to Pete for alerting me to the news last night that sadly another tourist had died after a 40-metre fall on the Levada das 25 Fontes, above Calheta. Firefighters who attended found the male victim, with very serious injuries and no signs of life. According ............  ...read more

The weather forecast for Easter Sunday from IPMA, the Portuguese “Met Office”, is predicting rain for Funchal. The BBC forecast agrees, and both have been remarkably accurate of late.

Tourist tax to be applied in Funchal?

The Diario last week reported that plans are advanced for the introduction ............  ...read more