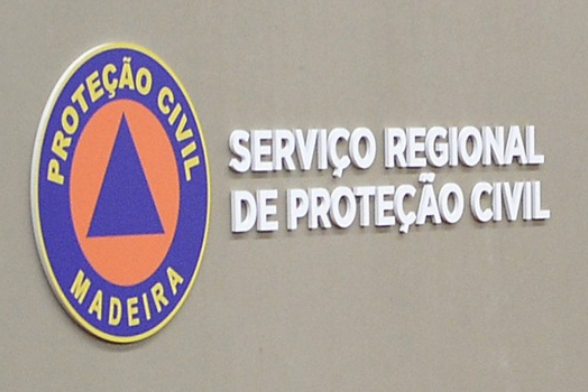 After last nights storms – thunder, lightening and heavy rain across much of the island – the outlook is poor for the foreseeable future according to nearly all the forecasts.
The Journal reports the adverse weather situation was correctly predicted by the SRPC – the Civil Protection – which issued a statement saying that poor weather “should be felt from Friday night, with moderate to strong precipitation accompanied by thunderstorms, with a temporary improvement in the afternoon and evening of Saturday, returning to “aggravated” on Sunday”. The orange warning for precipitation and thunder during last night returns for Sunday night and the whole of Monday according to the SRPC.

Rain “floods” the Southwest of the island

The same paper reports that the bad weather that hit Madeira’s southern coast since the beginning of the night has already caused setbacks at Madeira Airport, as it did not allow the 20.45 easyJet flight from Lisbon to land. The aircraft was obliged to divert on arrival and wait in the air for the opportunity to land. After an unsuccessful attempt to approach the runway at around 21:15 the plane returned to Lisbon.

The forecast according to the Portuguese “Met Office”, IPMA, doesn’t look too good for quite a while:

whilst the BBC largely seems to concur:

Sunday 16.00: the IPMA forecast seems to be getting worse in terms of rain expected later this week/next weekend:

Sunday: The Diario is reporting that the Regional Civil Protection Service has raised the warning of heavy precipitation, accompanied by a thunderstorm, to ‘orange’ for the South Coast and Mountainous Regions of Madeira Island. The alert (the second most serious) covers up to 21.00 today.