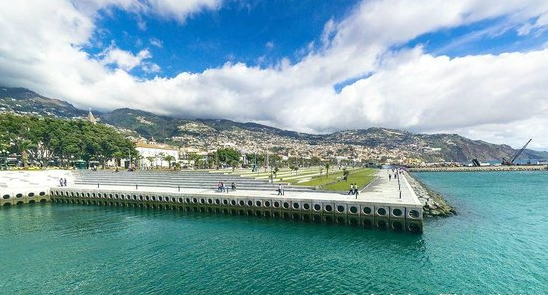 After a number of years in different locations, most recently Praia Formosa, the Christmas funfair returns to the Funchal seafront on December 1st. According to Funchal Noticias it will be located on the Avenida do Mar next to next to the controversial and little-used “Quay 8”. The funfair will last through until January 7th, and opens at 15.00, closing at 24.00 hours from Sunday to Thursday. On Fridays and Saturdays it will open at 15.00 and closes at 1.00am. On the 23rd – Market Night – and on New Year’s Eve, it will close at 5.00am.
Not sure how much of a circus element there will be this year – previously the “Mundial” Circus has been located on a separate site up by the Technopole. Will post more details here when they become available.

easyJet have just released their schedule and availability for next Autumn.

There were a few problems again at the airport yesterday morning, with some strong winds and much-needed rain. There were a couple of flights cancelled and others arrived late after conditions improved in the early afternoon. The Portuguese Met Office predict that the rain could return this afternoon (Thursday).

The Diario reports that the gala to present the Michelin Guide for Portugal and Spain took place last night at the Ritz Carlton Hotel on the Spanish island of Tenerife. Portugal now has 23 starred restaurants in the guide with a total of 28 stars, and Madeira contributes to this list with three. The Il Gallo d’Oro Restaurant at Hotel Cliff Bay, led by the French chef Benoît Sinthon, retains its two Michelin stars, and the William Restaurant at Belmond Reid’s Palace also keeps its rating, led by Executive Chef Luis Pestana, the first Madeiran chef to win a Michelin star.