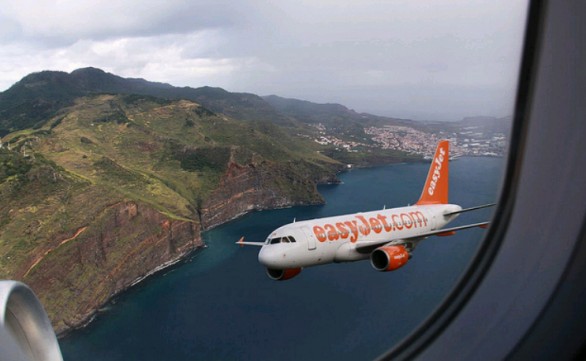 The Journal reports that Thursday evening’s easyJet flight from Funchal, destined for Lisbon, ended up being delayed by more than an hour due to an “air rage” incident involving a couple prior to take-off. The Journal reported that the aircraft aborted take-off and returned to its stand due to the behaviour of a passenger who claimed to be a doctor, after a woman accompanying him had been disturbed by the usual spray application that takes place prior to departure. This spraying of the cockpit and cabin with d-phenothrin is a procedure that has been carried out in Madeira’s ports and airports since November 2008 to eliminate the possibility of a Aedes Aegypti mosquito making the journey (and potentially spreading dengue fever). The alleged doctor was asked by the police to identify himself, but declined, claiming that he was on vacation. Both passengers eventually left the aircraft under police escort.

The Diario the following day threw a little more light on what had happened, reporting that a Madeiran couple had been “expelled for causing riots aboard an airplane” and placed on the easyJet black-list which prohibits them from travelling with the airline again. According to the paper the couple felt uncomfortable with the disinsectization done after the closing of the aircraft doors. The woman protested to the crew that she was feeling sick with the scent of lavender. The husband supported her, considering that act an “offence to the dignity of the passengers and an insult to the people of Madeira”. The crew tried to explain the reasons for the procedure but the couple continued with the protest with insults to the company and the professionalism of the crew.
The flight U2 7606 still made its way to the runway at 9:15 pm but the captain decided that the security conditions were not met to continue his trip to Lisbon. He therefore aborted the take off and returned to the stand, where he invited the couple to leave – something that happened only after the PSP attended and escorted them off the aircraft. It is understood that the crew proposed to the woman, who was allegedly ill, that she was examined and assisted by a nurse, but the passenger declined.

Meanwhile Portugal’s Minister of Planning and Infrastructure, Pedro Marques, will meet tomorrow with regional directors of easyJet. The meeting will discuss proposals to amend the legislation on the mobility allowance of the autonomous regions of the country. This meeting comes two weeks after easyJet has come out against the suggestion that residents of Madeira will only pay the subsidised price of ticket (€86 residents and €65 students) and the remainder will be returned in a subsequent settlement between the companies and the Government of the Republic. easyJet has been clear in saying that it “does not operate” under these conditions.
easyJet are threatening to cancel their Madeira-Lisbon route as previously reported here if the authorities change the way the subsidy is disbursed. 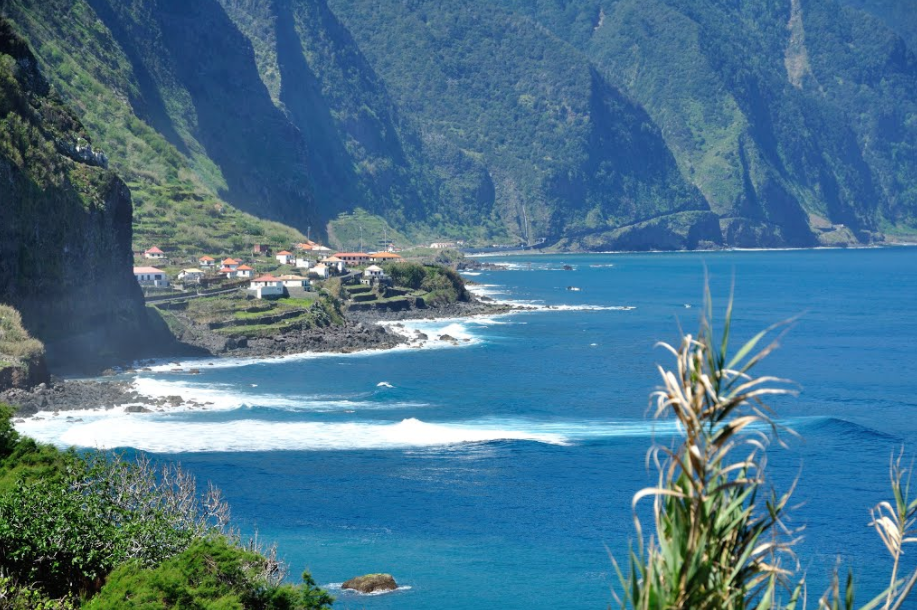 Last week Miguel Albuquerque, in his position as President of the Regional Government of Madeira, inaugurated the last section of the Expresso Route between Boaventura and São Vicente on the north coast of the island. The Via Expresso is now complete, after the opening of the last stretch between Ponta Delgada and Fajã da Areia (pictured). The latest section is just over 3km long completing Via Expresso between Boaventura and São Vicente, with a total length of 7,100 metres, representing an investment for the Autonomous Region in the order of €94.6 million.
Fajã da Areia enjoys something of a reputation with surfers of all levels, not only due to the stronger waves, but also due to the crystal clear seas found on the north coast –  perfectly illustrated in this Vimeo video.