Featured in the Diario, the exhibition ‘The White Gold Islands. Artistic Order in Madeira (15th-16th centuries) ‘ is inaugurated today at the National Museum of Ancient Art in Lisbon. The exhibition has been put together with the collaboration of the Municipality of Funchal, which provided several pieces from the “The City of Sugar” Museum to the event. The event marks the start of the celebrations of the 600th anniversary of the Discovery of Madeira and Porto Santo, and will be open to the public between November 16 and March 18, 2018.
The mayor of Funchal, Paulo Cafôfo, will be present this afternoon at the official inauguration of the exhibition, which brings together works of art relating to the sugar industry provided by public and private entities. The President of the Republic, Marcelo Rebelo de Sousa, will attend.
The Municipality of Funchal is committed to various commemorations of the 600 years of the Discovery of Madeira and Porto Santo, with many activities planned over the next two years. In this case, the Madeiran museum has donated eight pieces from its collection to the Lisbon exhibition which hopes to “internationalise the artistic heritage of the city and the Region” , especially those related to “white gold”. A sugar loaf, a form of sugar dating from the end of the 15th century is included in the exhibits of “As Ilhas do Ouro Branco”. 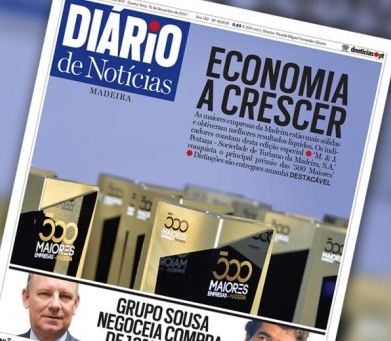 Today’s Diario reports that the Madeiran Economy is growing. The top 500 companies are performing better than last year according to their analysis, which still has the hotel group A.M. & J. Pestana – Sociedade de Turismo da Madeira, SA as the biggest company on the island.

A video has appeared on YouTube of the maiden visit of the cruise ship AIDAprima, when it called into Funchal a couple of days ago en-route to Tenerife. It has a capacity of 3300 passengers and 900 crew. The AIDAprima was completed in Japan last year and so far has focused on the German market, cruising to the Canary Islands.  The 300 metre ship has a gross tonnage of 125,572 and travels at 22 knots (41k/hr). 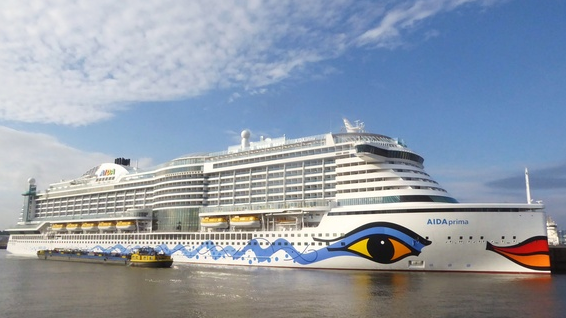 Whilst researching the Aida Prima I came across an informative website – Crew Center – which details all of the cruise ships calling at Funchal over the year. I have added it to the “Useful Links” section of the blog on the tab above. Presumably their 2018 timetable will be added in due course.
The recent opening of a new cruise ship terminal in Lisbon illustrates the relentless growth of this market.