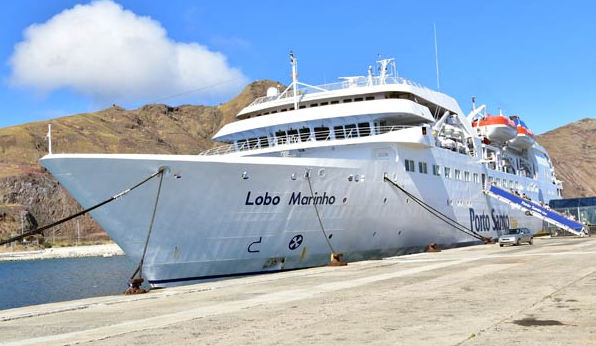 The Captaincy of the Port of Funchal yesterday issued a warning of strong wind and “maritime agitation” for Madeira, which remains in force until 6:00 pm today (Thursday). Forecasts predict the wind, which did some damage yesterday, will continue to blow strong/very strong. As a result of the warning the ‘Lobo Marinho’ ferry will not make the trip between Madeira and Porto Santo today. The departure of Funchal at 8 am and return at 6 pm from Porto Santo “will be cancelled due to bad weather conditions that jeopardise the safety of the ship and its passengers,” reads an announcement.
The ferry operator has informed passengers booked on the ferry, and clarified that tickets scheduled for today will be automatically changed for the afternoon trip tomorrow, October 10: Funchal-Porto Santo at 7:00pm, returning at 10:30pm. Any change of the ticket will be exempt from any additional fees. Passengers who wish to travel on another date can contact the company directly.
The North coast of the island remains under a yellow warning for strong winds and marine agitation

The wind was strong yesterday but did not affect the airport as it was not gusting from the hills, which causes the problem. However, elsewhere it caused a number of trees to fall, with the Journal reporting early last night that the  Volunteer Firefighters had attended to 13 call-outs yesterday, with some trees having fallen on public roads or threatening to do so. The most serious case happened in Pico’s Vereda, where part of a tree hit a dwelling. There were no injuries.
The forecast for today is worse, with the normally accurate BBC weather app showing stronger gusts in Funchal. IPMA, the Potuguese Met Office, concur, showing the prevailing north-easterlies continuing until next Monday. So far this morning (9.30) everything is proceeding at the airport as normal.

Looks like a few flights are experiencing problems landing according to Flight Radar 24 – one, a TAP flight from Lisbon, appears to have turned back, the others (an Niki flight from Berlin and a Condor flight from Munich) are in a holding pattern.

The airport looks effectively closed at the moment. Nothing taken off since 10.20. Incoming flights diverting to Porto Santo. TAP, as usual, quick to cancel. Air Condor just aborted landing.

Couple of Condor flights managed to land. Other flights that diverted to the Canaries have already decided to stay overnight. Conditions improving at the airport, but not a lot of activity.

The airport is working normally after the winds subsided a little overnight. The yellow warning is extended to 23.59 today, so it is possible that problems may return.

All appears to have returned to normal, with the airport functioning all day. The Captaincy of the Port of Funchal today cancelled the warning of strong maritime agitation, based on information from the Portuguese Institute of the Sea and Atmosphere (IPMA). However, it maintains the strong wind forecast until 6 pm tomorrow. 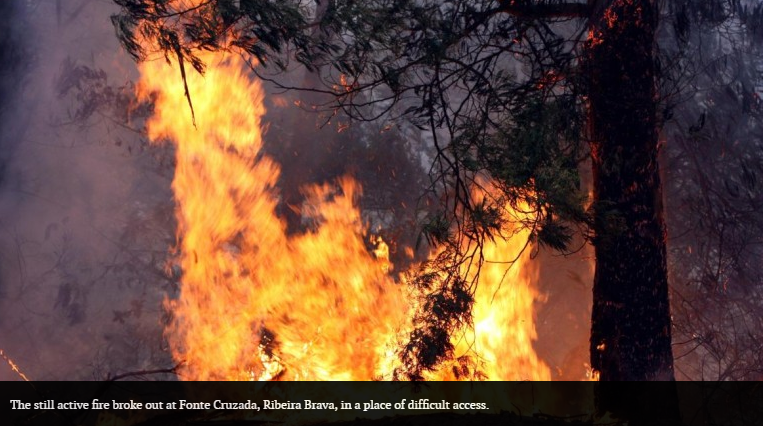 The wind is fanning one of the two fires that broke out on Wednesday night in Ribeira Brava, which was still active at 07.50 this morning according to the Diario, It is in Fonte Cruzada – a place that is difficult to reach and there are currently no houses in danger, a local fire brigade official said said. According to the same source, on Wednesday night the firefighters managed to extinguish the other outbreak, which had started at the Pomar da Rocha, also in Ribeira Brava.
By early morning today, the fire was being fought by 20 men, supported by six vehicles of the local corporations, the Madeiran Volunteers and the Forest Police. It seems that Ribeira Brava has had more than its fair share of fires this year. 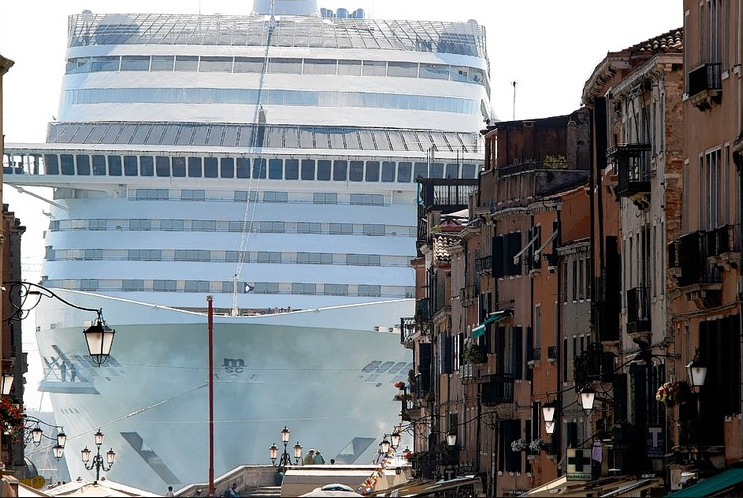 Many of the cruise ships that visit Madeira will also, at some point, visit Venice. Here as many as six at any time can disgorge 35,000 tourists into St. Mark’s Square after giving them a close-up view of some of Europe’s architectural treasures. Now they are to be banned, after an argument that has been going on for 5 years according to the Telegraph. Under the new plan, they will be diverted well away from the World Heritage city and will have to dock at a terminal in the industrial port of Marghera on the mainland – a far cry from the romance of St Mark’s and the Grand Canal. Passengers will then be ferried to Venice in smaller boats, or in coaches, along the narrow land bridge that connects the city to the mainland