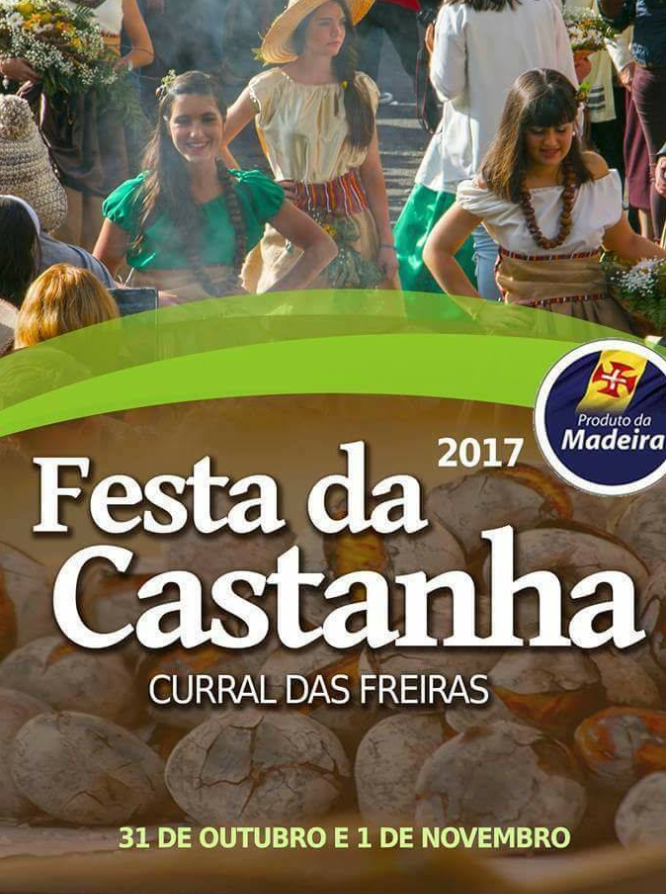 This week (31st October and 1st November) sees the Chestnut Festival in the Nuns Valley, organised by the Curral das Freiras People’s House to promote this important regional agricultural product. The popular event provides an opportunity for the numerous visitors to taste the delicacies and derivatives of this dried fruit: roasted chestnuts, liqueurs and cakes.
The Journal reports on a lecture on the nutritional value of the chestnuts delivered recently by Miguel Andrade, a nutritionist at Câmara de Lobos Health Centre, pointing out that the chestnut is rich in starch (a carbohydrate), and as such, it is an energy supplier. This characteristic has  allowed him to recommend  the food as substitute of the potato, exemplified by chestnut soup, which is another of the delicacies of the local gastronomy.
The Festa da Castanha is also used to promote a gastronomic contest between local restaurants in this famously scenic parish.

The Portugal News reports that national airline TAP has launched a new route to London City airport. The new route will see the national flag carrier fly twice a day to the central London airport. This brings the number of destinations the airline travels to in the British capital up to three, alongside Gatwick and Heathrow. TAP said in a statement that air traffic between Lisbon and London has shown strong growth in 2017, with passenger numbers up 28 percent.
Estimates are that 700,000 passengers will fly on TAP between the two cities during the course of this year.

On another airline subject, traveller.com have an interesting article on the psychology of selecting an airline seat.
“Ask any stranger on the street whether they prefer the aisle or the window seat and you can guarantee a quick-fire response. There is no grey area in this comically divisive debate. Window-devotees consider people who favour the aisle to be barking mad, and aisle-devotees are just as incredulous. Try it. Ask the person next to you which camp they fall into and they’ll not only answer without a second thought, they’ll most likely launch into a much-rehearsed soliloquy as to why”. They quote Mark Vanhoenacker, British Airways pilot and author of How to Land a Plane. Full article here.