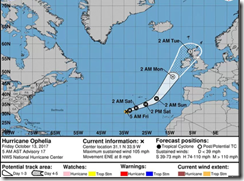 Ophelia heads north now, to much publicity in the UK and southern/western Ireland in particular. The Category 3 hurricane largely avoided Madeira and only briefly touched  the Azores – some YouTube footage here.
After a cloudy and humid few days recently, the Portuguese Met Office (IPMA) predicts that the weather will get worse from today in Madeira. There may be periods of rain or showers, which could be accompanied by thunderstorms. The wind will be weak to moderate (10 – 30 km/h) from the north , and less than 15 km/h in Funchal. IPMA forecast waves of 2.5 – 3.5 metres on the North Coast and; southwest waves with 1.5 – 2.0 metres, on the South Coast. The sea temperature will be 23-24ºC.

Brussels Airlines will continue their Brussels – Funchal route during the winter, a route initially scheduled to operate only in the summer. The airline will connect Madeira and Brussels once a week from the end of October. The extension of the route is part of their schedule for the new season that starts later this month, which also includes improved connections to Porto with larger aircraft. The ambitious airline plans to increase its capacity by as much as 50% over the next year, adding a number of new destinations.

Finally, whatever you think of the controversial new Savoy, it does provide some spectacular views of the bay of Funchal – this photo was posted on SkyscraperCity a couple of days ago. A hi-res version can be found towards the bottom of the page here. 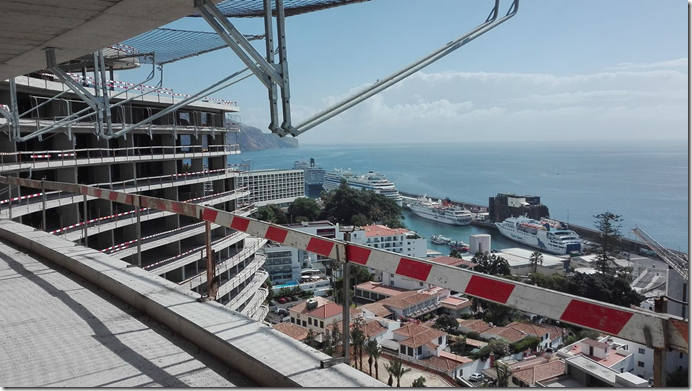