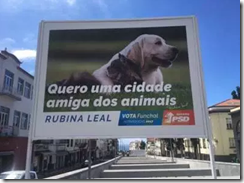 Not a great deal of significant news around at the moment so thanks for Ellen who sent me a link to an article in the Portugal News a little while ago. With the local elections “hotting up” in Madeira as 1st October approaches, many expats are not aware that they may be entitled to vote – not only that but they may, as Ellen points out, have a significant impact in areas such as the Algarve.

Nationally, close to 9,400,000 citizens are registered to vote, some 27,000 of whom are foreigners in Portugal – down slightly on the previous local elections, in 2013, when 100,000 more voters were registered.
Of the foreigners registered to vote in the local elections, 13,644 are citizens of the EU, and 13,462 are foreign nationals from outside the EU. There are 7,192 foreigners registered to vote in the Algarve.
The deadline for the various parties, coalitions and citizens’ groups to submit their lists of candidates and campaign budgets closed last month – the PSD Social Democratic party, expects it will spend some €8.8 million on its candidates’ campaigns, including that in Madeira, which is down from the €11 million spent in 2013. 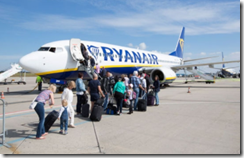 Ryanair don’t (currently!) fly here, but it is interesting to see how they manipulate their baggage policy as other airlines may follow suit. Earlier this week they announced changes to their luggage policy which will mean passengers will have to pay extra for two items of hand luggage from the beginning of November.
Passengers will only be able to carry a small bag such as a handbag or laptop bag on board with wheelie bags being placed in the hold free of charge. Currently, passengers can bring two cabin bags with them for free.
The decision comes as a number of flights are being delayed due to a lack of space in overhead lockers. Customers will no longer be allowed to carry wheelie bags on board flights unless they pay a premium of €5,50 for priority boarding. Other passengers will now only be allowed to take one small bag on board unless they pay for priority boarding.