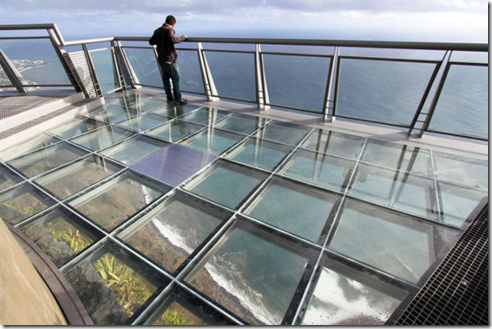 Charging for entry at Cabo Girão will only takes come into force from January next year, the Regional Secretariat of Finance and Public Administration confirmed yesterday. The Cabo Girão turnstiles were functioning during the day, prompting some confusion over charges. A SRFAP source explained to the Diario that the machines were simply being used to count to count visitors, but without any charge.

According to data just released by the Association of Hospitality Companies of Portugal (AHP), Madeira and the Azores reached a 90% hotel occupancy rate for the first time in July. These are the highest in the country, being followed by the Algarve (89%) and Lisbon (87%).
The figures detailed in the Diario show average price per occupied room stood at €106, up 11% over July 2016, with Lisbon (17%) and Algarve (13%) registering the largest increase in the average price per occupied room.
Madeira leads the way with an average revenue per tourist of €304, followed by the Algarve with €247 and the Azores with €202.

Apologies – the blog was out of action briefly this morning as a server upgrade was installed. Further upgrades are planned as the blog “divorces” from its main sponsor in order to free up  resources for ever-increasing traffic as well as future planned developments.