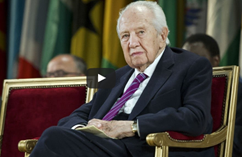 Portugal is mourning the death of former President and Prime Minister, Mário Soares, a central figure in the country’s return to democracy in the 1970s after decades of right-wing dictatorship, aged 92. Soares is regarded as being central to Portugal’s return to democracy and was Prime Minister three times and President for ten years. He also spearheaded Portugal’s entry into the EU and later became a European lawmaker
“Today Portugal lost its father of liberty and democracy, the person and face the Portuguese identify most with the regime that was born on 25 April, 1974,” the Socialist party said in a statement. Portugal’s “Carnation Revolution” took place on 25 April 1974 and was the day when the dictatorship that had been headed by strongman António de Oliveira Salazar was overthrown. Soares headed the country’s first democratically elected government in 1976.
Three days national mourning have been declared, and sessions of the Regional Parliament scheduled for Tuesday and Wednesday cancelled. The Diario comments that Soares leaves Portugal stronger. 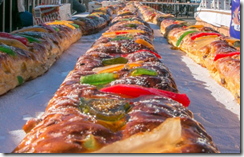 The annual Mega Bolo-Rei event in Câmara de Lobos proved to be a success again at the weekend. The Mayor declared himself delighted with the number of visitors to the Praça da Autonomia to view the “kings cake”, 130 metres long and weighing in at 250 kilos. This celebration of the Day of the Kings is becoming well established in Câmara de Lobos and attracts more tourists each year.

A couple of days ago saw what the UK holiday industry traditionally expects to be the busiest day of the year, with sales peaking as Brits tire of the grey, cold winter and dark evenings. More than one million people are expected to go online or visit their high street agents based on booking patterns over the last five years. Saturday January 7 was predicted to be their busiest day of the year for according to Thomson and First Choice. Apparently they are expecting a massive rise in all-inclusive holidays as Brits look for value for money following the effect of the Brexit vote on the pound. In-store activity peaks in the early afternoon, with online bookings at their height mid-evening. 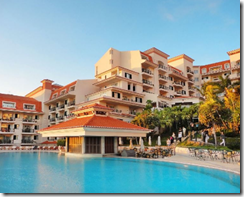 A recent spate of activity has seen the number of Comments on the original blog post on the closure of the Madeira Regency Palace rise to over 450. From the latest Comments it appears that some contributors are becoming concerned about the activities of a Facebook group that was set up at the time to try to co-ordinate the efforts of time-share members to recover their money. As the Facebook group is “closed” it is not possible to view if you are not a member.

Monday night saw CR7  receive FIFA’s best player award for the fourth time after Portugal and Real Madrid won both major European titles in 2016. He beat runner-up and great rival Lionel Messi and Antoine Griezmann to complete a sweep of top individual awards. “2016 was the best year of my career,” Ronaldo said in Portuguese in his acceptance speech.
One UK newspaper described Ronaldo as “quite vain – but then  he has a lot to be vain about”.