Travel chaos over the weekend likely to continue

Those flying over the weekend experienced problems at both ends of their journey. If they were lucky enough to get off the ground in the UK then they were faced with possible problems landing on Madeira due to high winds. Yours truly experienced a particularly bumpy landing here on Friday, whilst visitors due to fly from Gatwick on Saturday eventually abandoned their plans when their flight was cancelled for a second time on Sunday – the Guardian reports that Gatwick airport apologised for Saturday’s disruption and warned of further delays to both arrivals and departures as visibility was expected to be as low throughout Sunday and again this morning. Heathrow also encountered problems. 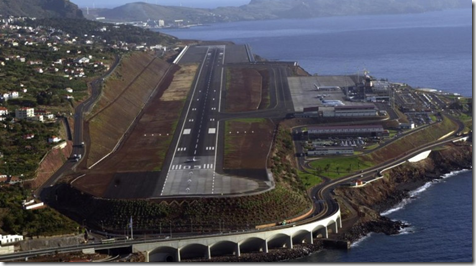 The soon to be renamed International Airport of Madeira had problems over the weekend due to strong winds. Several planes had difficulty landing and diverted to other airports. An Edelweiss flight was diverted to Porto Santo Airport when a passenger collapsed after a third attempt to land at Madeira Airport. 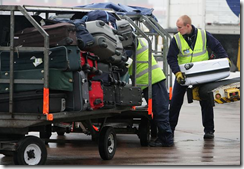 As if the weather was not enough to contend with, those travelling over the holiday period could have additional problems caused by a series of strikes by airline support workers and airline staff.
Check-in staff, baggage handlers and cargo crew at 18 UK airports are planning a 48-hour strike from 23 December. The Unite union said more than 1,500 workers at Swissport, the world’s largest ground and cargo handler, would walk out following a long-running dispute over pay and conditions – although the BBC is now reporting that talks are being held in an effort to resolve this. Update Weds: this strike has been cancelled after a deal was reached.
The Guardian also reports on the possibility of more than 2,000 British Airways cabin crew based at Heathrow going on strike over Christmas after voting overwhelmingly in favour of walkouts in a dispute over pay. Fortunately this should not affect connections to Madeira too much. Update Friday: This one ha been cancelled as  well after agreement was reached.

The Journal reports that today will see the signing of detailed agreement by the Minister of Planning and Infrastructures, covering protocols between regional and national organisations regarding the financing of work to repair the damage caused by the fires in August. 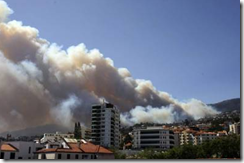 The fires, which reached the centre of Funchal, resulted in three deaths, one person seriously injured, hundreds of displaced persons and the partial or complete destruction of 300 buildings. The damage caused has been estimated at €157 million. The protocols will cover the rebuilding of damaged properties and the settlement of displaced persons among other things.