Tonight Cristiano Ronaldo claimed his 4th Ballon d’Or as expected to confirm his position as one of the two best footballers of the last decade – starting with his years at Manchester United prior to the Madeiran joining Real Madrid. The blog had the pleasure of retracing in some detail his upbringing on the island with the New York Times prior to the last World Cup, when Portugal was paired with the USA in the group stages. Americans were apparently convinced that the Portuguese captain came from Lisbon. The resulting article created some controversy with Santo Antonio, the Funchal suburb where CR7 grew up, being compared to the favelas of Rio. 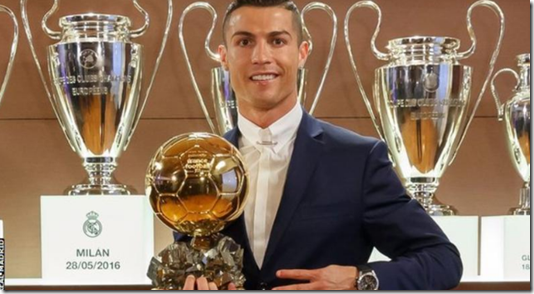 Ronaldo helped Real Madrid win last season’s Champions League and scored three goals as Portugal won Euro 2016. He has now won the Ballon d’Or in 2008, 2013, 2014 and 2016, with Messi the only other recipient of the award since winning it for the first time in 2009.He has scored 19 goals in 20 games for club and country this term, to add to the 54 he totalled last season.

Not all airlines that troubled 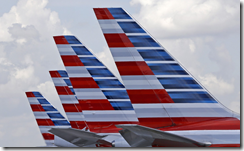 This blog seem to be perpetually prefixing some European airlines with the description “troubled” or “struggling”, but it would appear that some regularly over-exaggerate their woes in order to a appease their staff – and by implication their customers – by implying that they are not making that much money. That may not be entirely accurate, however, as across the pond,  the four biggest domestic carriers — American Airlines, Southwest Airlines, Delta Airlines and United Airlines — have released combined figures showing that they earned a combined $22 billion in profits last year, a stunning turnaround after a decade of losses, bankruptcies and cutbacks. A big reason for this is the plunging price of jet fuel, which now costs only a third of what it did just two years ago – and of course they will have hedged future supplies for the coming year, so oil price increases seen over the last few days will not catch up with them for a while.

Quite a well written article in Monarch’s “blog” featuring seven days in Madeira. The Monarch blog probably doesn’t have the problem of being “trolled”, as this one has recently – but more of that in a later post.

Some reports beginning to appear on the possibility of airport security workers striking between December 27th and 29th – will update when more details emerge.