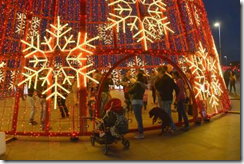 The Christmas lights have been going up in Funchal over the last few weeks and were duly turned on last night to welcome the many visitors expected over the festive period. A total of €3.2 million will be spent in Funchal this year with the Christmas lights costing €1.5 million and €800,000 being spent on the New Year’s Eve firework display. In total the  spend is down €500,000 on last year. The Christmas lights, with more than 600,000 light-bulbs being illuminated, will remain in place until January 8th.

The unusually indifferent weather continues, with more wind and rain overnight, including some spectacular sheet lightning out towards the Desertas around 7.00 this morning. A weather warning has been issued by the Port of Funchal for most of today, with waves much stronger than usual. The Portuguese Met Office reported that overnight almost 35 litres of rain fell per square metre in an hour at the weather station at Pico do Areeiro.

Last Sunday’s Diario led with the story that €7.5 million will be spent over the next three years on investigating the possibility of further developing the port and seafront in Funchal. A series of reports are expected to emerge, presumably including the possibility of further extending the main docking “arm” to provide further protection for the new facilities completed last year including the controversial “Pier 8” which has encountered problems since being commissioned – previous posts

Yesterday saw the offices of TAP in Funchal move about 500 metres from their high-profile seafront location to Rua da Alfândega. Not much news on TAP nowadays after their problems were reportedly resolved by the buy-out last year -, but this looks like a bit of a cost-cutting exercise, although one questions the need for plush offices when most bookings will be on-line.

Sunday is decision day in Italy, with Prime Minister Matteo Renzi threatening to resign if his constitutional reforms are not accepted. Rejection would lead to a new election with a “populist” vote possibly backing a party in favour of a referendum on EU membership. This would really spook the markets as, with €360 billion of bad debt on their books, Italian banks could be in serious trouble – they hold 40% of the total EU bad debt, and capital is leaving the country at  an alarming rate. The repercussions for all of Europe could be considerable, even though the majority of Italians are believed to be pro-European. Opinion polls showed a close-call before a blackout prior to the vote. 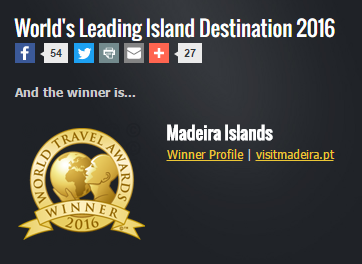