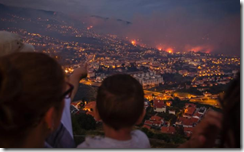 The Journal reports that the Secretary of Environment and Natural Resources of Madeira, Susana Prada announced yesterday in Regional Parliament that the Government will proceed with a fire prevention plan that involves the expropriation of forest land. “From September [2016] until now, government has prepared a project to be implemented from January 2017”, she said, stressing that is expected to expropriate forest land, remove eucalyptus and other invasive plants, introduce endemic and more fire resistant species, create new access and build several water reservoirs.
The Secretary explained that the Government will intervene in private land that was affected by the fires with measures of “recovery and reforestation” and, on the other hand, will carry out the conversion of plant cover of which suffered no damage. “(What) we are doing in terms of spatial planning will only be visible in a few tens of years”, she warned, noting that a 40 year-old tree is still a young tree.

On a not dissimilar theme, the Diario reports on an innovative partnership, with the Institute for Forestry and Nature Conservation joining forces with the Cycling Association of Madeira to promote a reforestation project in Fonte do Bispo, Calheta. The Forest Park at Fonte do Bispo, in Paul de Serra, which is home to number of mountain-bike routes, looked a little different before the fires in August this year. 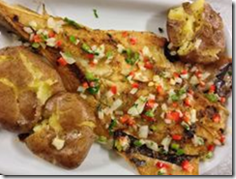 With the local festival taking place this weekend in São Martinho, it seems appropriate to mention the style of Bacalhau named after the parish. I only thought of this as I happened to see a particularly fine example of bacalhau de São Martinho yesterday in a restaurant not far from the striking Church that is visible throughout the area. The generously spiced fish is normally served with chestnuts and potatoes, and is quite different to the more commonly seen Bacalhau à Bras and Bacalhau com Natas popular with tourists. A quick Google turns up a number of recipes.

After a bad few months since Brexit the pound strengthened considerably in recent days following the surprise Trump victory in the States. One has to wonder what will happen in the next year or so in Europe if the anti-establishment swing continues, with key votes coming up in Italy, France and then Germany. 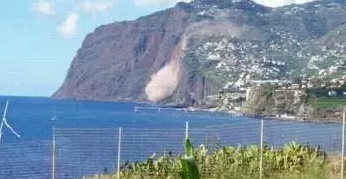 There was a large landslide at Cabo Girão on Saturday afternoon – large enough to be seen from Funchal. Two tourists were in the cable car at the time, but were unhurt and collected by boat and taken to Câmara de Lobos. The cable car remains closed until a geological assessment can be conducted. The authorities have asked that farmers who frequent the area exercise caution. 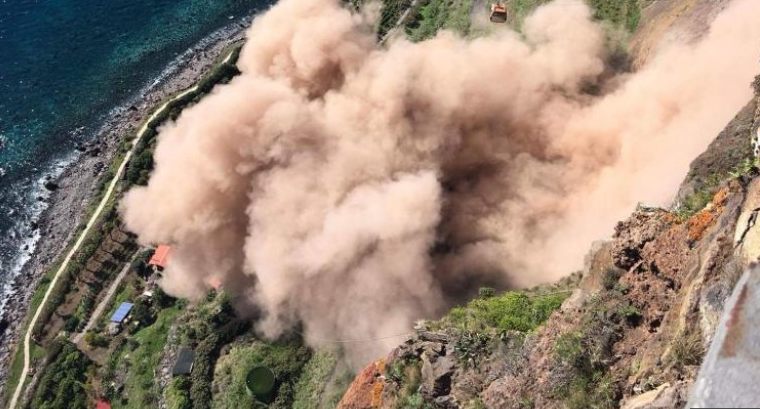