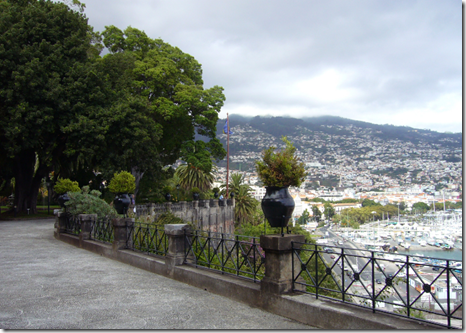 Today’s Diario reports that entrance to the gardens of Quinta Vigia, the official residence of the President of the Regional Government of Madeira,, will cost one euro from Monday, 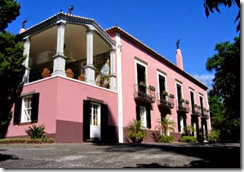 The admission charge to the gardens, located at the top of Santa Catarina Park, has been introduced after 32 years of free access, but the President believes that “no-one will object” as the money will go directly towards their upkeep. The part of the quinta which houses the headquarters of the Presidency is excluded from the tourist circuit, which includes some stunning views over the bay of Funchal.

According to French newspaper L’Equipe, the Madeiran, who scored the winning goal in the Champions League final penalty shoot-out against Athletico Madrid last week, instructed his agent Jorge Mendes to find a suitable charity to be the recipients of his substantial bonus, believed to be in the region of €600,000. Despite getting some criticism for his “ostentatious” celebrations after winning his third Champions League medal, Ronaldo cannot be criticised for his charitable side – the 31-year-old has supported a number of charities throughout his career, including Unicef, World Vision and Save the Children. After the earthquake in Nepal which killed more than 8,000 people last year, Ronaldo is believed to have donated over €8 million to help the aid efforts in the country.

Meanwhile the CR7 Museum reopens on Monday, relocating from Rua Princesa D. Amelia, where it opened in late 2013, just down the road to Praça do Mar, where Ronaldo is developing a new “boutique” hotel in partnership with Pestana. The museum, presumably including the latest additions, will occupy part of ground floor of the redeveloped structure, not an old building opposite as originally envisaged.

71% of expats vote to stay in Europe

According to research conducted by Angloinfo, and despite three weeks of campaigning by both sides of the Brexit debate still remaining, the voting intentions of expats remain the same as the last poll conducted in April. According to the research, a  significant majority of expats – around 71% – are set to vote in favour of staying in the EU.  Just 23 % will vote to leave, with only six % still undecided.  The research revealed that more than a third of expats feel no one has properly explained the pros and cons of remaining in the EU, a view echoed by many of those living in the UK.