The Diario on Friday reported that two confirmed cases of the Zika virus have been identified in Madeira. Both cases are women with strong etymological links to Brazil, and one case is suspected to have been sexually transmitted. Whilst there is no cause for alarm, the cases reflect the strong links and the significant traffic between the locations. With the Aedes Aegypti mosquito having been present in Madeira for a number of years, Zika cases are investigated closely to establish their origin. The same type of mosquito is of course responsible for the transmission of dengue fever, which has fortunately not been seen on the island for a number of years.
Cases of Zica have been reported in mainland Portugal, where there have been 14 instances, again mostly “imported”, together with France and Italy. The pattern seems to be developing where the disease is being sexually transmitted by men returning from Brazil and other infected areas who do not realise that they are infected.

By all accounts the new Lido is proving popular with both tourists and locals, with over 400 visitors being recorded on the Friday bank holiday and 200 this morning (Saturday) according to the Diario. Whilst the Portuguese Prime Minister attended the opening last week, you would have thought it presented a perfect opportunity for the ferry link to the mainland to be discussed, but nothing was reported that I have seen. 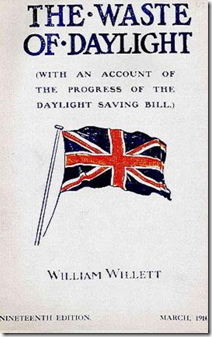 As the clock move forward one hour tonight, the Telegraph has an interesting article entitled

“The clocks spring forward: here’s why we should never change them back”

It has always struck me as illogical to stick with managing daylight hours as we do in the UK – and indeed Portugal, including Madeira – in effect taking one extra hour of evening daylight and moving it to the morning during winter. Various experiments have been made with sticking with British Summer Time, and indeed trying “double BST, but in the end, for whatever reason, the UK returns to the old system – in fact this year is the 100th anniversary of “daylight saving”. I don’t know if Portugal has ever experimented with changing the system, or indeed why it is the only European country to operate the same time zone as the UK, instead of using Central European Time like most of the rest of Europe (which also moves an hour forward during summer, but is already one hour ahead). The Telegraph again has the whole history of the tradition here
Whilst this blog might be largely written at 6.00 in the morning, it doesn’t have to be light – I would rather have extra hours to sit at a café in the evening!