Funchal police (PSP) have announced the arrest of three suspects in connection with a number of recent thefts from from tourists in the main hotel zone in the Lido and Ajuda areas west of the city centre. All are described as male “foreign nationals” aged in their forties. Stolen goods were recovered and returned to their owners.

On the subject of the Lido, it appears that the re-opening of the main lido may be approaching. Whilst screens remain in place around the majority of the complex – a small part is open at the western end (above) – there appears to have been very little construction work recently. The original opening was scheduled for the end of last year but local reports are now favouring Easter.

Insolvencies on the increase

The Diario earlier this week reported on another rise in the number of business and personal insolvencies in the autonomous region. Last year saw a total of 482 insolvency proceedings, involving a total of more than €143 million of debt. Well over 300 individuals were declared bankrupt or insolvent by courts, whilst 146 limited companies ceased trading – 80 of these being forced to do so by lenders. No doubt this is where the majority of the money is – thus the big problems being experienced by Portuguese banks who have foolishly lent money that could not be repaid.

Carnival is upon us again, and as usual the full program is below, with activities in the Avenida Arriaga from this afternoon. This years theme is “Madeira – Carnival of Dreams”. Santana have already had their party last weekend.
(use Ctrl and + to zoom in) 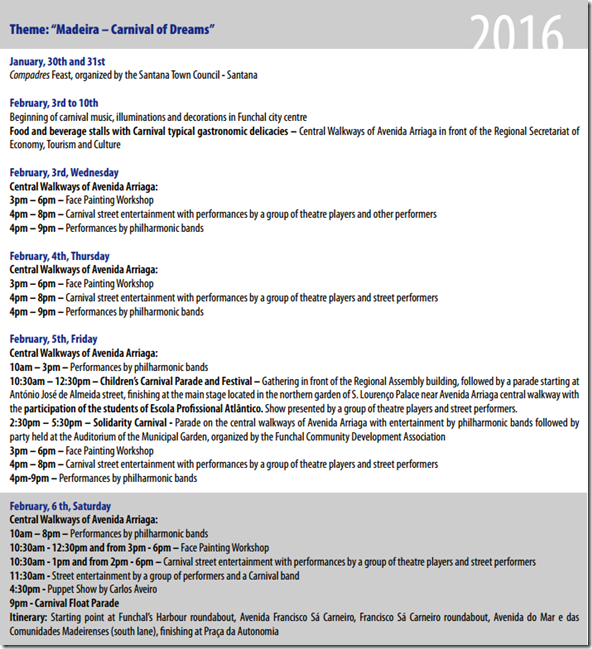 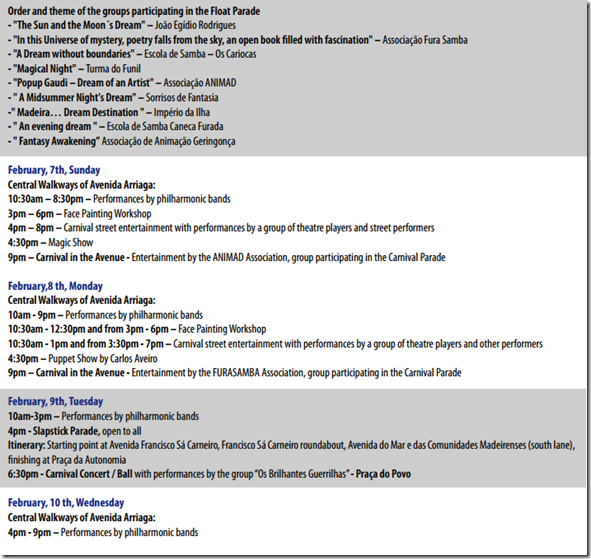