The Journal da Madeira reported last week that the rebuilt Lido, situated at the area generally just referred to as “the Lido”, some 3 kilometres west of the centre of Funchal, is “nearly finished” – typically just in time for the winter season when fewer people will use it and the likelihood of storms is greater. This large complex was closed after severe storm damage more than five years ago (above) and it was hoped that it would re-open before the end of summer this year. Almost all of the major work seems to have been completed, with mostly finishing touches being applied at the moment. Hopefully the café at the top, previously covered in bougainvillea, will reappear when the perimeter screening is removed – a great place to watch the world go by! Better times, below. 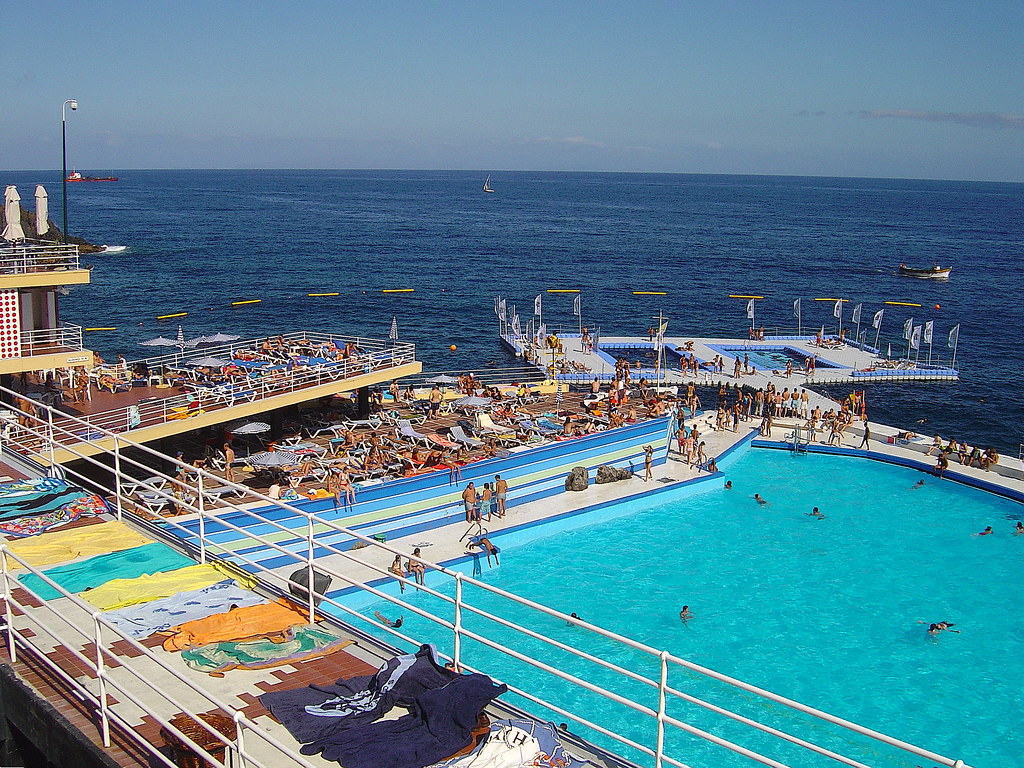 Thanks to Debs for alerting readers to reports in yesterday’s Diario that the tender period for the interested parties to submit their bids for the proposed new ferry operating between Madeira and the mainland has been extended by15 days, effectively moving the deadline to the year-end. The number of interested parties continues to fluctuate – in July there were eight; September seven; October only five. Now we are back to seven ship-owners considering submitting their proposals.

The 11th of November is celebrated in the parish of São Martinho and locally referred to as “Summer of São Martinho”, as it usually heralds a spell of fine weather, which this year seems to have continued all month! The Dia de São Martinho is traditionally celebrated by eating roast chestnuts and drinking new wine, produced with the previous summer harvest. This generally turns out to be half-fermented, but I have it on good authority that this year it hadn’t even progressed that far. Apparently there is a meteorological explanation for the good weather at this time of year – there is also an explanation of the legend of Saint Martin after whom the area is named if you translate this page.

The Journal online reports that Porto Santo is being promoted as a “wedding destination”, with the possibility of marriages being performed on the beach, on board a boat, or even underwater. “Getting married at sea can be a unique experience, surrounded by dolphins and whales,” claims the head of the Hotel Vila Baleira on its website. Bruno Martins also points out that “in terms of service flexibility, and because of the size of the island, it is easy to move people from one place to another in a short space of time – everything is very close to the hotel property”, which would allow couples to marry on a boat at sunset and back to the hotel for a reception.