Only one of the five Lufthansa flights normally scheduled between various German destinations and Portugal will take place today – presumably with repercussions for Germans planning to connect to/from Madeira using easyJet and TAP from both Porto and Lisbon. In total 929 flights have been cancelled by Lufthansa, affecting 100,000 passengers. The strike started last Friday and is planned to continue until the 13th of this month – at the heart of the dispute is the company’s attempt to reduce costs by curtailing a very generous pension scheme.

The creation of a new square has been announced for Câmara de Lobos. The €7.5 million 600 sq metre project is expected to be completed by February 2017 and will be located to the west of the rocky outcrop where the lighthouse is located. The area is currently part of a water water treatment facility which is being upgraded.

Portugal is the EU state with most emigrants

The Portugal News on-line reports that more than two million Portuguese currently live outside the country of their birth, but with the majority of these still remaining within the EU. According to a report released last Monday, Portuguese emigration has been a constant since the Second World War, but the  trend has accelerated since 2010, with an average of 110,000 people leaving the country each year, the highest since before the revolution in 1974. It is also widely reported that around six million people of direct Portuguese descent are currently living abroad.

The increasingly well respected and popular US on-line newspaper The Huffington Post now has a news section on Madeira (link below). Actually technically a combined news aggregator and blog, the Huffington Post was the first commercially run digital media enterprise to win a Pulitzer Prize.

The English Church have asked that we publicise an exhibition they are holding next weekend. For visitors who might struggle to find the Church there is a link to the location here 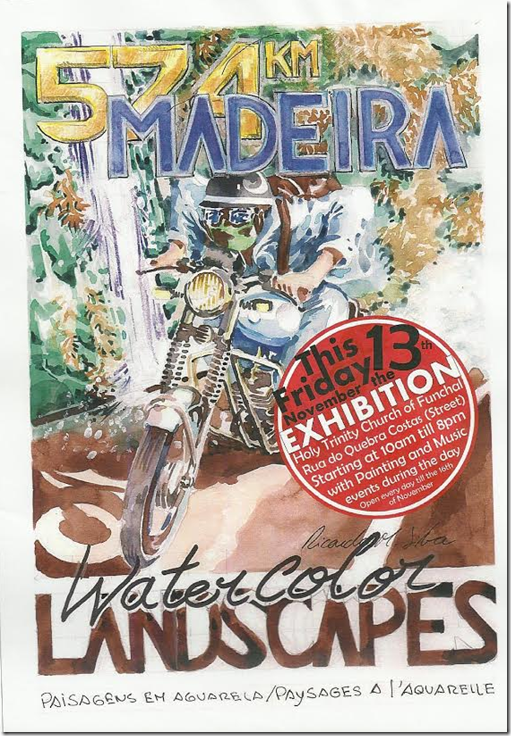