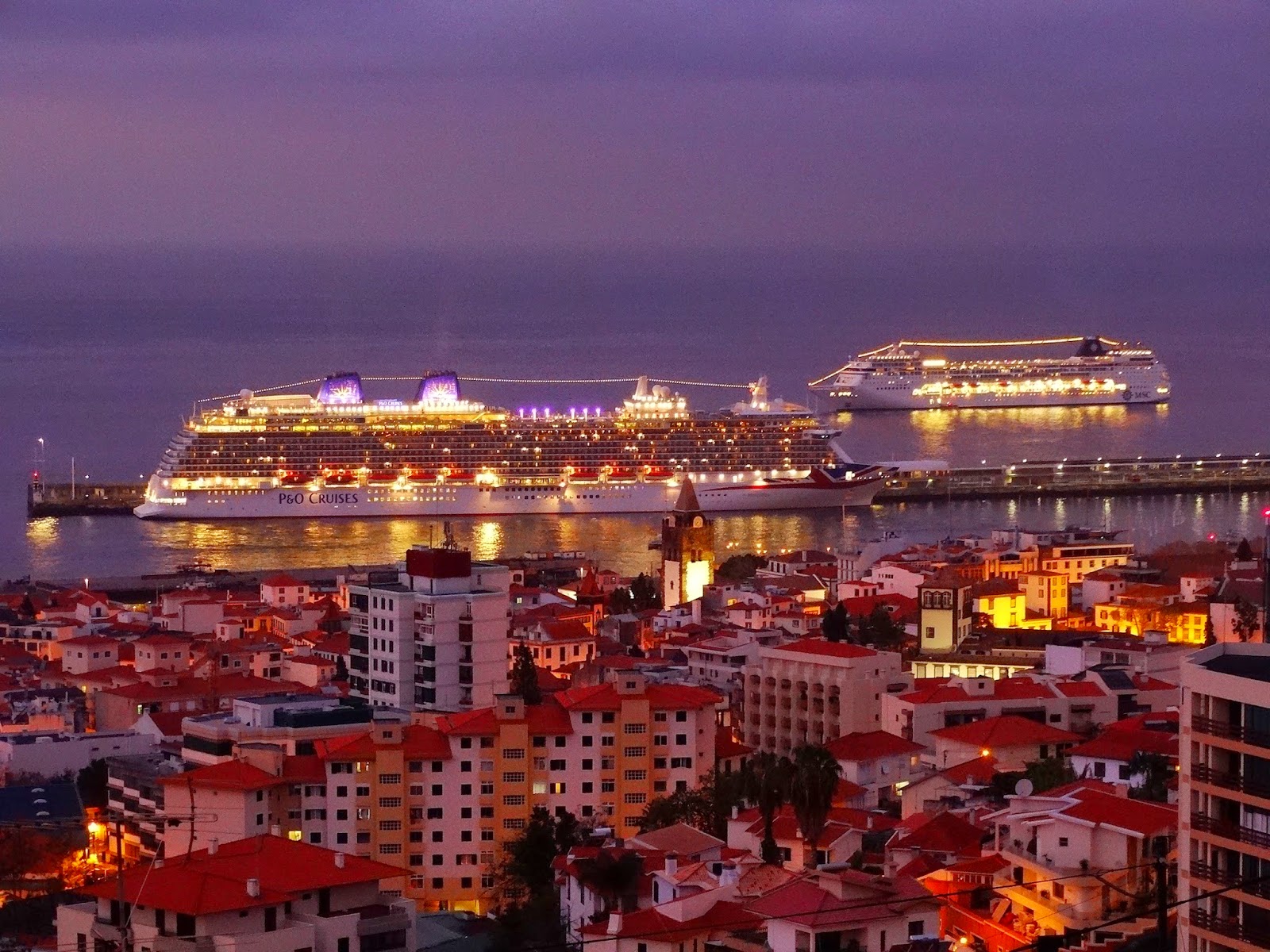 No doubt there will the usual fuss in port today as the new P&O Flagship Britannia visits Funchal for the first time. The 3,600 passenger vessel (plus 1,500 crew) was named by the Queen in its home port of Southampton before commencing its maiden voyage round the Med on March 14th. It was built in Italy at a cost of approaching £0.5 billion. Claimed to be the largest cruise ship designed for the British holiday market, the 141,000-tonne ship features a 94m (308ft) Union Jack on its bow and at 330m (1,082ft), the ship is longer than London’s Shard is tall. There is a live webcam from the Britannia here (wasn’t working earlier).

Carrying on from the previous blog, the absolute majority for PSD-M has been re-instated after it was discovered that the votes from Porto Santo had not been included in the recount that gave a seat to the minority CDU party (a small oversight! – apparently somebody quickly spotted that the numbers didn’t add up). The Electoral Council has now confirmed that PSD-M do, in fact, have 24 of the 47 seats. The CDU candidate will be disappointed to have been a member of the Regional Assembly for just a few minutes.

Regular contributor Maurice Reed has sent in a guest post – a most intriguing article:

A German speaking colleague, who knows this site, gained a brief glimpse of a memorandum in German about a possible bid to purchase the island of Madeira (you may remember a failed attempt to purchase Majorca from Spain a couple of decades ago). This new group of German bankers, financiers and senior member of the German travel industry, who are operating under the name of ‘Der Aprilscherz Gruppe’, seem to wanting to take advantage of the current European financial situation to make another bid for an exclusive holiday island for German citizens. Madeira fits the bill as a year-round warm island. Apparently some members of the group have already made a number of visits to the island and have said it is even better than Majorca which doesn’t have winters as good as Madeira.
Some things that were not able to be gleaned are; where does the island of Porto Santa fit in the scheme, what this means for the many Britons resident on the island and what, in the long-term, does it mean for Britons who regularly travel to Madeira.
It seems that Der Aprilscherz Gruppe are keeping their cards close to their chests as a number of searches for more precise details of the make up of the group and their overall future aims have not yielded any results. As soon as any further information is found it will be posted here.