It seems Alberto João Jardim simply won’t disappear – the “outgoing President” has embarked on a frenzy of inaugurations – three alone yesterday. Firstly AJJ inaugurated recovery work on the Machico – Caniçal Levada at the Caniçal  end, then on to the third phase of the work on the Levada dos Tornos in Santa Cruz, and finally the opening of a farm by the Deaf Association in São Gonçalo.
The previous day had seen AJJ in Ribeira Brava, inaugurating a 2,300 metre stretch of road connecting Pico Ferreiro (Tabua) and Apresentação (Ribeira Brava). This project, which cost more than 4.1 million, had been started in 2008 but only recently completed, with work having been stopped for five years between 2009 and 2014. He also visited the the work on the new block at the outpatient department at the Dr. Nelio Mendonca Hospital, taking the opportunity to warn on the to the risks of spending money on the construction of a new hospital in Madeira. I have never really understood this on-going argument as to whether it is better to invest in the existing hospital (which has been significant recently), or to start again on a fresh site, but it seems to have been a bit of a hot potato politically. Certainly the space available at the current hospital is very restricted. 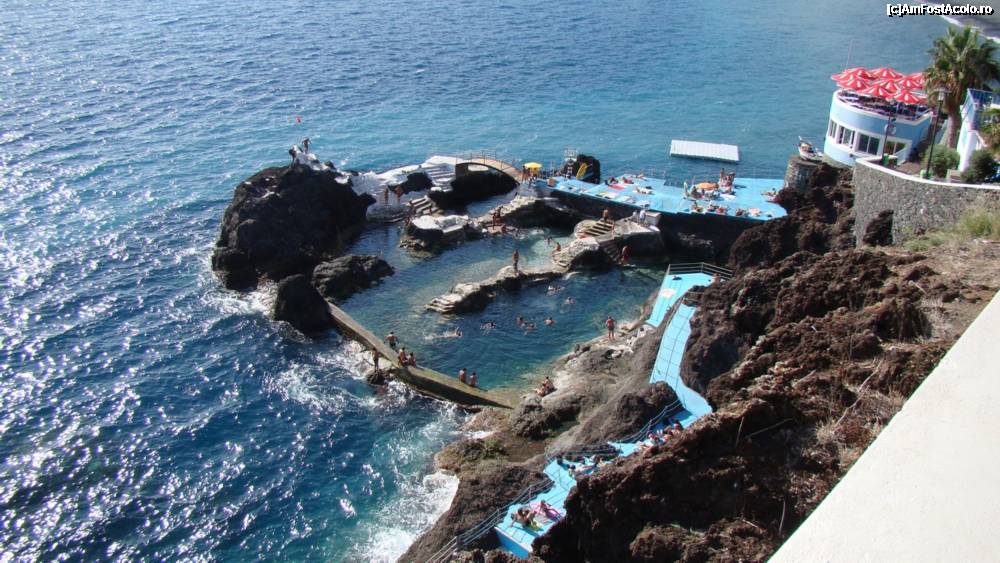 The small Poça do Gomes bathing pool complex below the restaurant at Doca do Cavacas reopened last weekend after its usual winter shutdown. Spring opening hours are between 11.00 and 19.00 hours – these will be extended in summer. Entry prices are the same as last year – a very reasonable € 2 per visit or € 6.80 for 5. Great views of Cabo Girão.

Strange sight in the port of Funchal 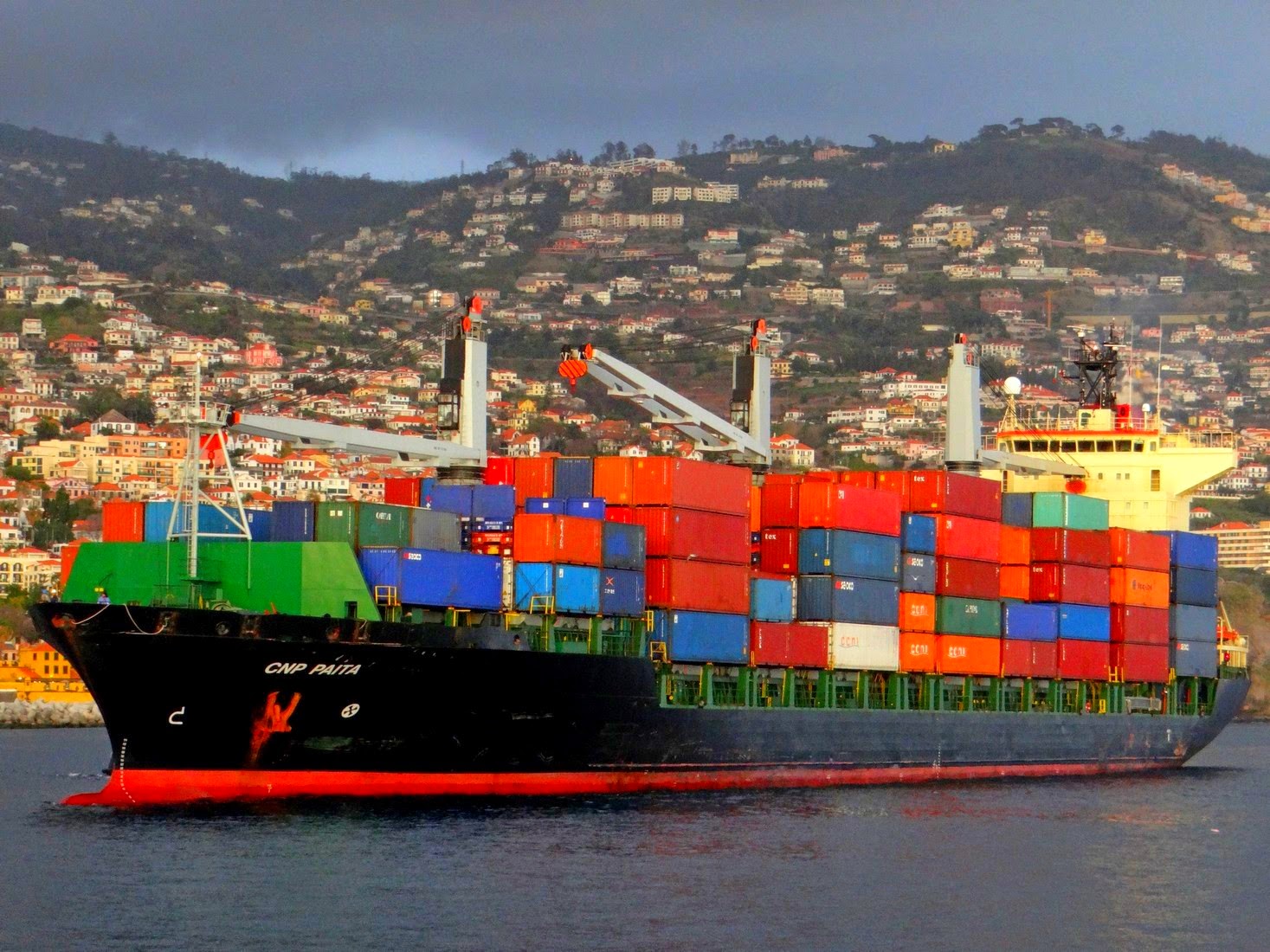 Like a lot of people I was surprised to see a large container ship in the port of Funchal yesterday – this traffic was transferred to the port of Canical a few years ago. Some suspected it may have been an emergency that had brought the ‘CNP Paita’ to the Pontinha, but apparently it was planned stop to take on water. The vessel left last night, bound for Valencia having set off from Columbia. The next voyage will take it to Chile. Lots of photos of the 158 metre ship, built in 1998, as it visited Funchal yesterday here

It must be the start of the holiday season across Europe, because the French air traffic controllers are striking again. Their latest action affected some flights into Madeira yesterday – but with delays rather than cancellations. The current strike finished at 5.00am today, and all flights to the island are landing normally so far this morning (Friday). However disruptions look set to continue, with controllers due to stage another stoppage next week. They will then strike again at the end of this month, in a move which experts say will prompt widespread chaos across dozens of European airports.

Thanks to those followers who have been patient over the last week as response times to access the blog were excruciating. The problem with the loads on the server seems to have been resolved – until next time!