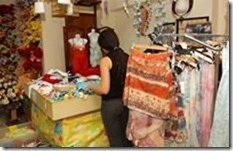 The Diario reports that the highly charged subject of Chinese investment in Portugal was brought into the open again last week, after the former president of Jerónimo Martins, Alexandre Soares dos Santos, said that he “hated” Chinese investment, claiming that it “brings nothing” to the country. Jerónimo Martins SGPS, SA is a Portuguese corporate group that operates in food distribution and consumer products manufacturing, operating around 2,800 stores in Portugal, Poland, and Colombia.
Chinese shops are regularly blamed for hard times by traditional Portuguese (and certainly Madeiran) retailers for selling cheap imported products. A few days later the Chinese ambassador to Portugal, Huang Songfu, was drawn into the debate at a news conference, claiming that “time will tell” whether Chinese investment is good or not for Portugal.

Statistics released today show that Funchal was, in 2011, the sixth Portuguese city in number of inhabitants, ranking among just seven cities with over 100,000 inhabitants. According to the Office for National Statistics report "4.5 million individuals resided in 159 cities in Portugal, corresponding to 42% of the resident population, with seven cities having over 100 000 inhabitants – Lisbon, Porto, Vila Nova de Gaia, Amadora, Braga, Coimbra and Funchal – accounting for 14% of the total population of the country". Apparently Canico was the area with the fastest population growth in Madeira. Don’t know why the data has taken so long to publish?

The Regional Agency for the Development of Research Technology and Innovation will next Wednesday present the recently established Oceanic Observatory of Madeira (OOM) to the public at Madeira Technopole (above). According to a press release, "the OOM aims to establish itself as a centre of excellence dedicated to research and on-going monitoring of the ocean….this initiative brings together a multidisciplinary scientific community, joining several organizations to promote cooperation and monetize resources. Consolidation of historical data, forecasts and observations on a common platform, will enable the Autonomous Region of Madeira to better respond to the demands of assessment and management of marine resources, enabling RAM with adequate means for sustainable development". Quite a mouthful, but valuable work for sure!

The Diario reports that a long-running court case is drawing to a close in Funchal – a case that would seem more at home in one of the UK tabloids than a Madeiran newspaper!
Apparently a Russian businessman is asking for the return of a €123,000 loan to a young Russian model which enabled her to buy an apartment and a car in Funchal. The defendant is Valentina K., a 25 year-old model by profession, who four years ago was named “Miss Russia” by a well-known magazine. The businessman, who lives in Funchal, claims that she borrowed €123,000 three years ago and is now asking for money back.
The attorney for Valentina K. has presented a different version in court. It is accepted that she has received the amount, but denied that it had been a loan – instead it was a gift. Apparently she had already received other expensive gifts from the businessman, such as a Mercedes in Russia (worth €50,000) and a Rolex watch (worth €32,000), plus several items of jewellery. Watch this space!