A recent visit to Calheta provided surprising evidence of the scale of the new Saccharum hotel being built at the eastern end of the seafront. I was aware of the project but not the size of the structure, or the rapid progress being made. 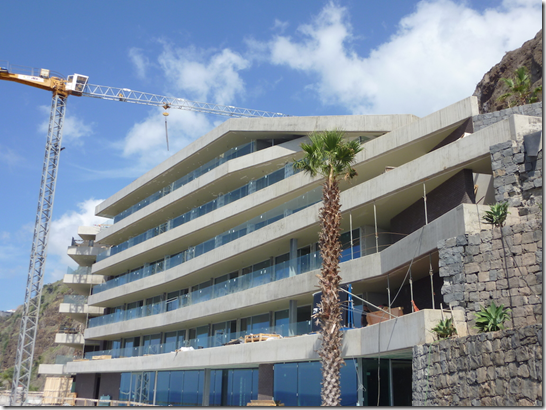 The name apparently derives from the Latin for sugar cane, and the hotels very slick website provides more artists impressions of the finished job, which will provide 180 rooms, 5 suites and 30 apartments: http://www.saccharumhotel.com/en/ 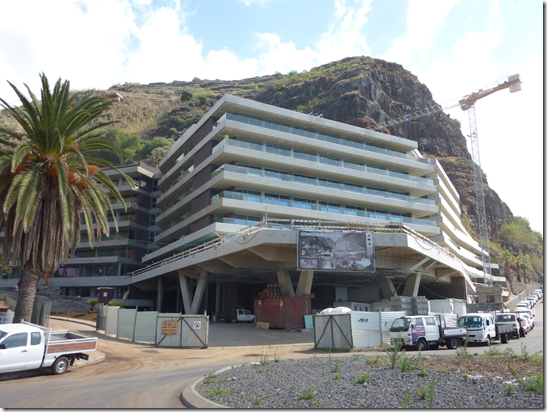 There is a lot of work going on at the same time on the seafront adjacent to the marina – there is a photo of this on the blogs new Facebook page:

Air defences were tested near the runway at Madeira airport yesterday and will be continued today. The story is a little vague in today’s Diario, but apparently exercises involve “Anti-Air Artillery”, including the surface-to-air Stinger system, being integrated with the existing radar system. Not quite sure who would invade Madeira in the near future, or perhaps it is part of Bertie’s plans to hang onto power for another few years.

Cristiano Ronaldo’s 95th-minute winner for Portugal in Denmark earlier this week was his 22nd goal in UEFA European Championship games, equalling the record as the competition’s all-time leading marksman. Meanwhile manager Carlo Ancelotti has Ronaldo as “guaranteed” another FIFA Ballon d’Or as the world’s best player award after he scored three goals for Real Madrid against a fellow Champions League side Athletic Bilbao, which made it 10 goals in his last six games in all competitions. UEFA list the 29-year-old Madeirans current records here – even if you are not a football fan his achievements are quite remarkable! A couple of days ago his Facebook site, started in 2009, passed 100 million followers