The Machico Ultra Trail takes place this coming weekend. The event seems to be growing in popularity year-upon-year (749 athletes from 24 different countries this year), and I understood that there was a series of mountain races of marathons/half-marathon length (42km/20km) based around Machico, but I had no idea that the “headline” race was 85km from one end of the island to the other: 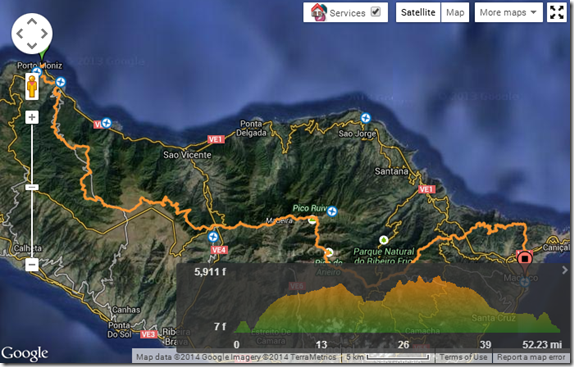 Apparently runners have 26 hours to complete the course, which starts in Porto Moniz and climbs suicidally to Paul da Serra, levels out to Encumeada and then takes in Pico Ruivo before descending into Machico. If that isn’t enough there is an even longer race with a distance of 115km. Good luck to anybody mad enough (and fit enough) to even attempt this. More details here: http://madeiraultratrail.com/pten/en-GB/ and also on the appropriately named www.happyblister.com

New rules have come into force today in reducing the tax threshold for pensioners to €1000 per month – any pension above this point will have contributions deducted (the previous level was €1350). This is a result of recent Portuguese budget amendments.

Following up on a question posted on the last blog regarding the rebuilding of the landmark hotel, a reader kindly sent in the following update as of earlier this week: 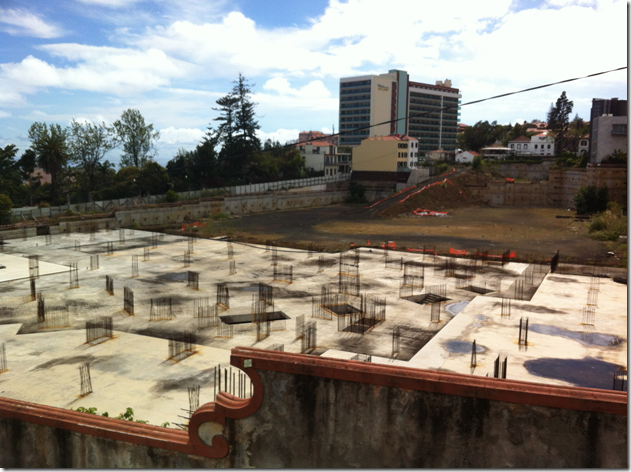 A small remnant of the old Savoy architectural styling is evident in the foreground and the Carlton in the background – metal hoardings block the view from the surrounding roads but nothing has happened for years. I understand that the new development was planned by two businessmen, one of whom died, and that the project is now in the hands of the bank that was financing them.

easyJet’s Winter 2014/15 schedules were released yesterday (for travel up to 28th February).

Finally, another painting from Angie Gray as promised, this time a Protea: 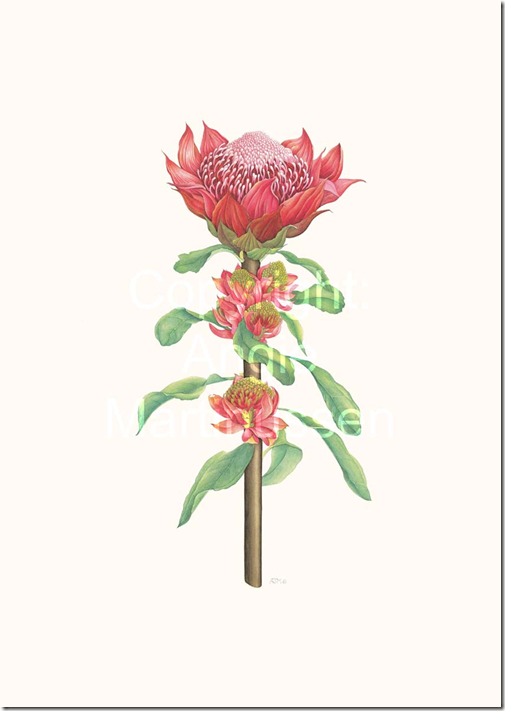