Higher temperatures are forecast to return to the island the Portuguese Institute of Ocean and Atmosphere (IMPA) issuing a yellow warning between now and Tuesday.

“The warm weather will make be noted especially in the North and South coasts of Madeira and Porto Santo, the three regions under yellow warning IPMA, which comes into force at nine Saturday morning and lasts until nine at Monday night”.

Despite the heat, the IPMA continues to predict generally cloudy sky and periods of rain or drizzle. The maximum temperature expected today in Funchal is 27 º C

The GNR have announced that they will conduct “intensive monitoring of motorcycles, mopeds, tricycles and quads to sensitize drivers to drive more prudently”

During the operation, the military GNR will give particular attention to speeding, driving under the influence of alcohol, the use of helmets, the possession of the correct documents, insurance and the condition of tyres

The action is part of the EU National Strategy for Road Safety and the "Road Safety Programme 2011-2020", aimed at halving the total fatalities in Europe over the 10 year period. 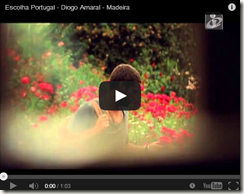 A new promotional video designed by Turismo de Portugal presents a one minute view promoting the region as if it were a dream, featuring the actor Diogo Amaral.

The video, describing Madeira as “amazing", is part of the campaign ‘want some advice, visit Portugal’.

Announced last May, the measure is being challenged in court by trade unions. However, according to the daily, the government intends to counter this challenge this week at the Lisbon Administrative Court using ‘public interest powers’, which give it special dispensation to push through changes in legislation.

The same story is in the local press with the Diario reporting that tax offices will be open until 4.30 commencing on Monday, and departments that used to close at lunchtime now working through.