Madeira will have filling station for gas vehicles this year

Madeira will have a filling station for vehicles fuelling on LPG this year. Galp’s request for installation at Madeira Shopping, was submitted in May to the Regional Directorate of Trade, Industry and Energy. The information was released this morning on the floor of the Legislative Assembly of Madeira, by Mr Augustine Gouveia (PSD), during the debate on a proposal from Mr Helder Spinola (PND) for the security of supply of LPG in Madeira. Other parties claimed this to be purely political point-scoring as the project was already underway. Helder Spinola pointed out the advantages of this fuel, cleaner and cheaper than gasoline and diesel.

Cable Car to close between the 17th and 21 June

Teleféricos da Madeira, SA have announced that the lift between Funchal and Monte will be closed for maintenance from Monday 17th June to June 22 inclusive.

One place to definitely avoid today is the Lobo Marinho ferry where around 650 children from various schools, aged between three and 12 , are travelling to Porto Santo. The Diario comments that for some of them it will be the first time they have left the island. It is an initiative of the Porto Santo Line, which aims to celebrate the Day of the Child – something it has been doing for some years. Each ticket costs five euros, but there are some local authorites that take on that expense in order “that no child is prevented from traveling by economic issues”. In Porto Santo, the initiative has the support of the Municipality which has prepared 15 hours of activities on Praia da Fontinha. 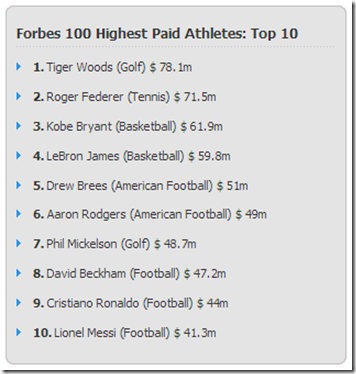 ESPN today reports on Forbes magazine has revealing the top ten best paid sportsmen. Tiger Woods, who returned to the summit of golf’s world rankings in March, is now back on top of the Forbes 100 Highest Paid Athletes list. The American had held both positions for several years until misdemeanours in his private life were made public and he took a self-imposed exile from the sport in 2009. The Madeiran footballer is 9th, just behind David Beckham but for him, satisfyingly ahead of Lionel Messi. More at http://www.espn.co.uk/golf/sport/story/210686.html#kXd15yLsoZ7lVrez.99

Mourinho: Ronaldo "thinks he knows everything"

The Diario co-incidentally reports on an interview with the Portuguese football coach Jose Mourinho, who revealed that Cristiano Ronaldo "thinks he knows everything". In another excerpt from the interview with the television program ‘Punto Pelota’, released this morning, Mourinho assured, nonetheless, that Ronaldo "had three fantastic seasons" during his spell as coach at Real Madrid.but that did not accept some suggestions "from the tactical point of view". "I just had a problem with it, when I criticized the tactical point of view, trying to improve it, in my opinion, could be improved. Well not accepted because he thinks he knows everything and that a coach can not help you to grow more, "said the coach. Doesn’t make a lot of sense to me!