Jon Parsons kindly sent in the following photograph taken a couple of days ago from the terrace at Casa Parsons Not the first great photo that Jon has contributed to the blog – and hopefully not the last! 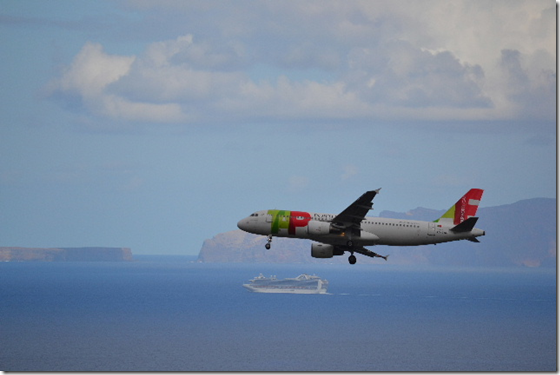 Coincidentally, Peter Askew sent me some interesting information a while ago on an airline that used to specialise in flights to Lisbon and Madeira using “flying boats”. These were previously used in flying supply missions during the second world war, as well as taking part in the Berlin airlift. The popular Madeira scheduled flights were operated in the late forties/early fifties. Wikipedia: http://en.wikipedia.org/wiki/Aquila_Airways

Peter also sent a fascinating link to a web site detailing various flying boats through postcards sent at the time – the screen-snap below gives you a taste: 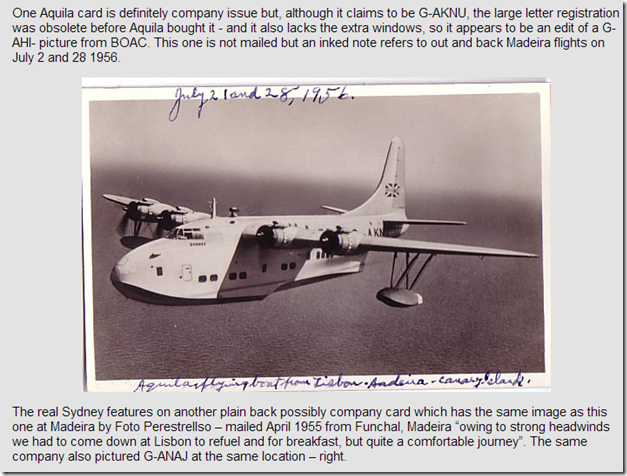 the Aviation Postcards website can be found here – and thank you Peter: http://www.aviapc.com/member/march2009g.html

IMF considers next tranche of loan to Portugal

The Diario today reports that the board of directors of the International Monetary Fund will discuss the latest evaluation of Portugal by the ‘troika’ (IMF, European Commission and European Central Bank) – the seventh such review. The institution, led by the striking Christine Lagarde, has  a discussion and vote scheduled for today, which should allow, if approved by Washington and Brussels, the disbursement of the eighth ‘tranche’ of the loan to Portugal for a total of two billion euros.

The final votes are being cast for "Europe’s leading island destination"   in the "World Travel Awards 2013" , considered the "Oscars of tourism". Madeira competes in the first phase with the Balearic Islands, Canary Islands, Cyprus, Malta and Sardinia. Voting runs until the 16th of June The island with most votes will move on to the world stage of the contest: the "World Travel Awards" , taking place between 25 October and 10 November this year. If a few blog readers contributed their vote it might just help………(you have to register an e-mail address to vote).