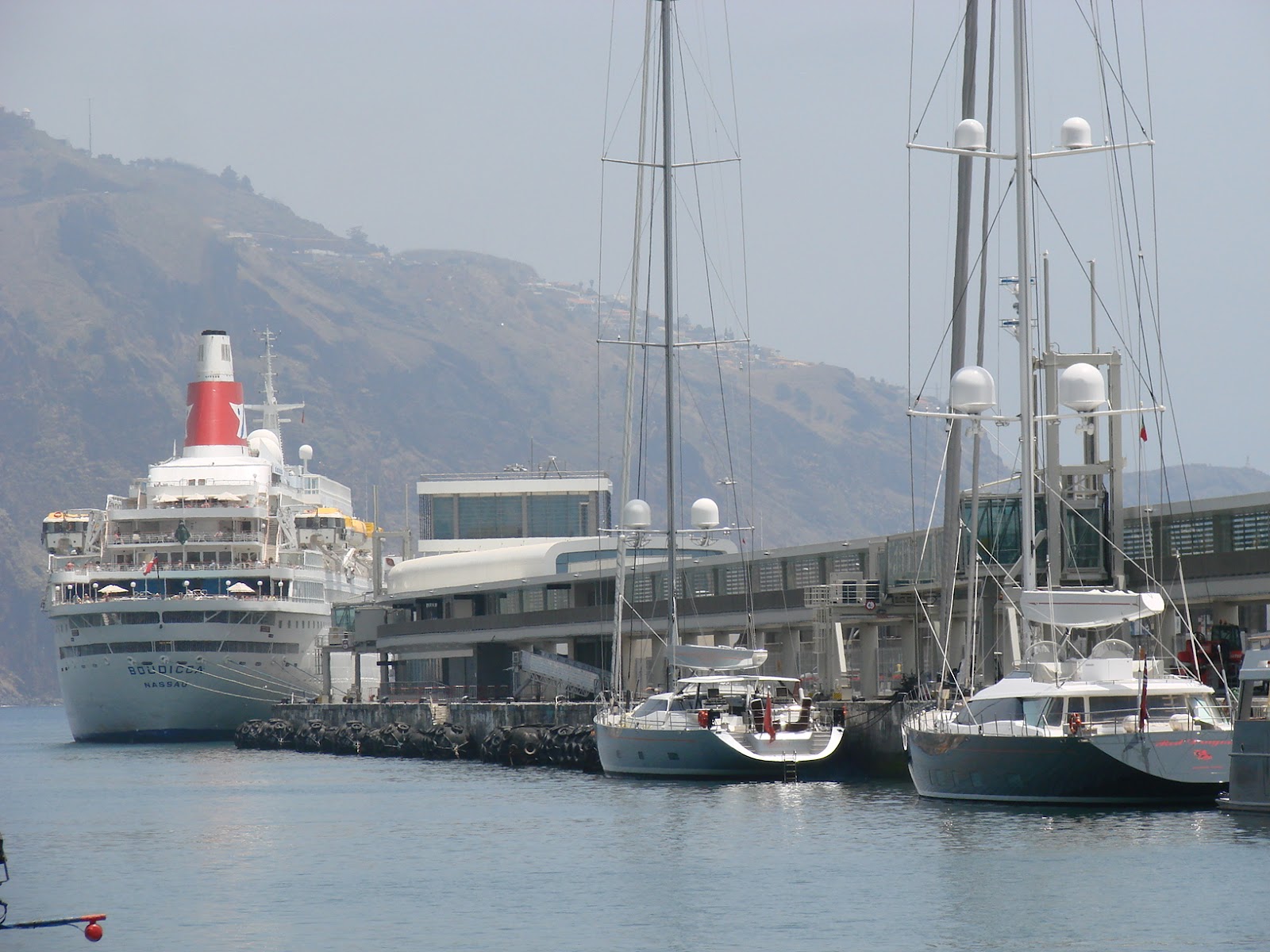 The Port of Funchal Authority will hold its annual Christmas event on the 18th, Tuesday. This is initiative of the Port of Madeira in partnership with the Institute of Wine, Embroidery and Handicrafts of Madeira, the Regional Directorate of Agriculture and Horários do Funchal. Scheduled for a day when the port does not have any cruise ships, “Natal na Pontinha” has no entry charge. 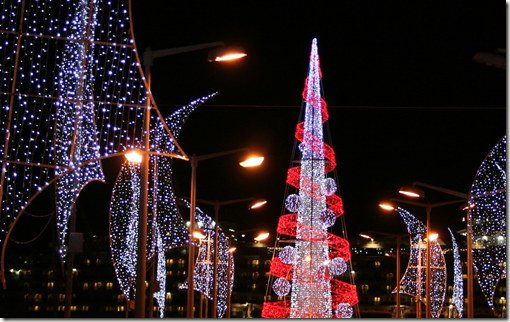 Being scheduled for 18:30 until 23:30 it should also provide an unusual perspective of the Funchal Christmas Illuminations (photographed last night).

On the same theme, the Port Authority of the Autonomous Region of Madeira (APRAM) announced the award of the 17,880,00 contract this week. The company that won the tender is a consortium between Somague and Etermar”. The president of APRAM, Alexandra Mendonça said "I sincerely hope that the work should begin in the first quarter of 2013.

Alexandra Mendoza added that with this investment will enable the wharf APRAM to make a "big bet on mega yachts," a "niche market" that should be cherished, defended.

Five tenders were submitted for the construction of the new wharf, and this was the second public tender for the construction. The first, opened earlier this year, was given no effect, because the four proposals exceeded the base amount stipulated in the specifications – then 15 million euros – by more than two million.

The contract is for the construction of the new cruise pier with a length of 300 meters that will allow the berthing of cruise ships on the outside and and the berthing of maritime tourist vessels in the inner basin.

The new pier is one of the changes planned for the area of ​​the deposit of debris created following the storm of February 2010. In information then placed on the website of the presidency, the executive explained that island, "given the large volume of material deposited," it was therefore decided "not to remove the debris (to avoid the high cost and disturbances of the passage of hundreds truck through the city), "but" restrain them using a new wharf, in order to safeguard the operation of the port and at the same time, enhance the urban and landscaped embankment so formed”.

According to the Government, "the embankment formed by the deposit of aggregates shall be enhanced with a large square in the front of the Legislative Council, and the remaining area as an extension of the recreation area of ​​Avenida do Mar and multiple uses." This includes changing the Praça da Autonomia, since the streams of Santa Luzia and João Gomes will be linked in a single river mouth, and execution, east of the mouth and to the Forte de São Tiago, "a maritime protection, allowing the creation the "pebble beaches” – see previous blog post: https://www.madeiraislanddirect.com/blog/2012/11/fireworks-world-record-goes-to-kuwait-protest-against-merkel-landslides-in-santana/

In typically Madeiran style the contract was not awarded without controversy according to today’s Diario:

The lowest bid for the construction of the new pier cruise the bay of Funchal, which represented a saving to the public purse of almost one million euros, was excluded by the jury of the contest sponsored by the Administration of Ports of Madeira (APRAM), because it not been submitted by the pre-defined time. A ‘Way2B’ consortium of Braga who submitted the bid, objected to the decision and now is studying the possible recourse to the courts.

On Thursday, the president of APRAM, Alexandra Mendonça, Lusa announced that the winner was the consortium Somague / Etermar, with a proposal in the amount of 17 million and 880 thousand euros and that "won the [company] which presented the lowest value, "and that he had “no complaints. " In fact, the proposal was put forward by cheaper ‘Way2B’ – 16 million and 992 thousand euros – but was put aside by the selection panel because it was delivered via an electronic platform Vortal after the legal deadline. Confronted by Diario yesterday, Alexandra Mendoza acknowledged the mistake and also admitted that, during the preliminary hearing, the company complained of their exclusion from the tender, but that the panel retained its original decision.

The Director General of ‘Way2B’, Paul Neves, said yesterday that his company is still assessing their options. "We have not yet formed an opinion," said the manager, when asked about a possible appeal to the courts.

Paulo Neves does not deny that the proposal was delivered after the deadline specified in the notice, but explained that this was due to "a series of ‘bugs’ [computer errors]" in the electronic platform for receiving applications and that these "were reported in time" to the entities involved.

This is the offending pig………