In a statement to the media the Casino da Madeira announced that on November 29, at around 22.30, slot machine no 181 02 in their games room paid out a jackpot of 39,062.96 euros to Miguel Pires who was playing the game ‘Wild Gold’. Wonder what he spent the 96 cents on?

The statement also says that this year the Casino has paid €33,242,998.81 in prizes (at the tables and on machines). It doesn’t mention how much it took in wagers before paying this out. Not quite on the scale of the record Powerball lottery jackpot of $588 million this week, but still an impressive sum! 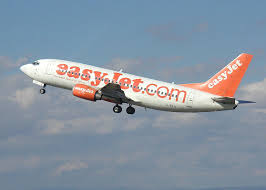 Be careful before you next climb on easyJet. The Telegraph reported last week that “Janet Kirby, 62, claims she was left stranded in Spain with no means of transport or accommodation after she was refused permission to fly.

“The mum-of-two and grandmother-of-two was stopped at the gate and told her hand luggage would not fit in the overhead lockers while trying to fly back to her home in Stroud, with her sister, Carol.

“She was told her bag would have to be put in the hold but when she observed other passengers boarding with even larger bags she attempted to catch the female flight attendant’s attention.

“Ms Kirby claims she was repeatedly ignored and when she touched the attendant’s arm to speak to her she was accused of assault and told she could not fly. "I tried to get [the flight attendant’s] attention by touching her arm and she said, ‘Do not touch me. You are not flying’," Ms Kirby said.

“A supervisor was called and Ms Kirby was told she would no longer be allowed to get on the flight. When she asked if she would be allowed to fly the following day, Ms Kirby claims she was told no. "I couldn’t believe it. To be accused of assaulting somebody just for touching them is absolutely ludicrous," Ms Kirby said. "They said I was banned from using easyJet ever again."

“Ms Kirby was attempting to fly back from Spain on Sunday after a short break at her 65-year-old sister’s holiday home in Alfaix, Mojacar. Ms Kirby’s husband Michael, 65, said: "It seems totally wrong that two elderly women can be abandoned in a foreign country on the whim of a petty local official. The women flew back to England on Wednesday night with Ryanair and without any incident.

“In a statement issued to a local paper, easyJet said police witnessed what happened and backed their stance. A statement from easyJet said: "The customer was declined travel following a confrontation with a staff member. "The decision was supported by police who witnessed the incident." 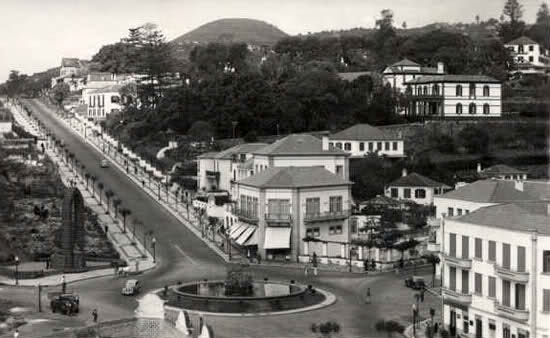 A wonderful old photo of the western end of Funchal I recently chanced across on the internet. The data attached seems to suggest 1950 but I might be wrong. If anybody can enlighten me please do! http://fasesdaluacheia.blogspot.pt/2012_06_01_archive.html 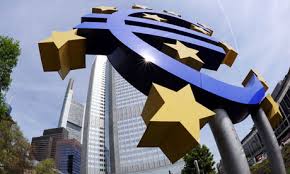 The Diario reports that the nominal balance of loans already granted to Portugal under the financial assistance program of the ‘troika’ in late October amounted to 61.1 billion euros, almost a third of the total direct debt of Portugal.

This data is listed in the monthly newsletter of the Treasury Management Agency and Public Debt (IGCP), released today. According to the same publication the direct debt of Portugal was 193,500 million at the end of last month. That is, the debt to the ‘troika’ now represents 31.6% of total debt

Looks to me like a bit of “debt reduction” might be required sooner rather than later as happened to Greece earlier this week – just to keep the Eurozone show on the road. The IMF, according to their own rules, couldn’t lend Greece any more money because of their debt to GDP ratio. Solution: get the Eurozone countries to write off 20% of what they are owed. Result: Debt to GDP ratio comes down. Bingo – IMF can lend them even more money. I’m considering asking my bank manager if he will give me a ridiculous loan that I can’t possibly repay, spend it all on German Cars or Madeiran infrastructure projects, and wait for him to write it off……………and then start the process again.

A link to a great story in the Mail that I have been meaning to publish for some time. Absolutely nothing to do with Madeira!:

The cry of a despairing father: For years, Naval Commander Nick Crews bottled up frustration at his children until he snapped and sent excoriating email that tore the family apart.
Read more: http://www.dailymail.co.uk/news/article-2234231/The-despairing-father-For-years-Naval-Commander-Nick-Crews-bottled-frustration–snapped-sent-excoriating-email-tearing-family-apart.html#ixzz2DnFzDTkb