Reluctant to post a new blog after all the entertaining (and informed!) comments on the last – it really makes it worthwhile!

I know a few people have commented on the new appearance of the beach at Calheta, but seeing it “first-hand” during a recent visit really brought home what a mess whoever is responsible has made. It may have been deemed necessary from a sea defences point of view, but surely they could have managed something less akin to a concrete jungle. Is it just me or do other people find these huge “lego bricks” unsightly? The less structured concrete blocks used previously – and still in place – seem to blend in so much more. 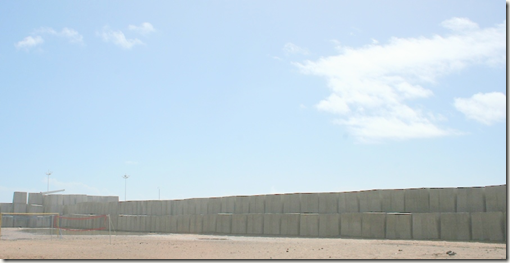 Looking East – the “sea view” from the centre of Calheta beach 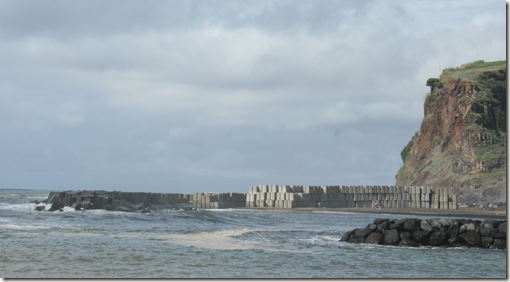 Looking West from the same position 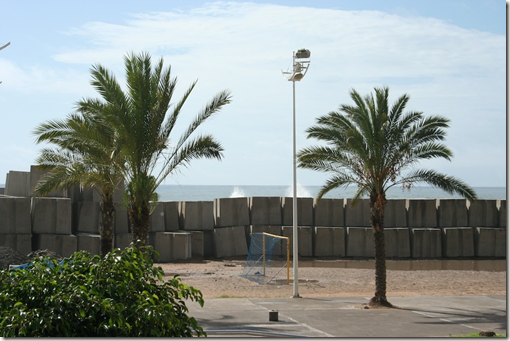 I would have thought that the Calheta Beach Hotel would not be too happy to have lost its sea view from the restaurant and ground floor levels (above), but it doesn’t seem to have put off it’s owners, the AFA Group, from financing a new €25 million 4-star hotel nearby. The 200 room development is to be completed by 2014 and will create 100 new jobs.

This investment is taking place at a time when the Diario recently reported that there were twelve “tourist units” on the island currently for sale (three to five star hotels) with income per room this year being lower than previously enjoyed – apparently 2008 was the best year and income per room is reportedly at a 20-year low. A lot of the hotel sales may just be sounding the market rather than forced, with internet sites providing a low cost means of establishing demand. 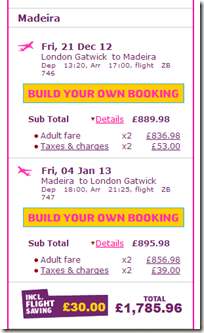 Maybe a reason for the poor economic climate are some of the bargain flights available! Monarch entered the market not so long ago promising a great deal but currently (Saturday afternoon) offering this mouth-watering price if a couple want to travel from Gatwick to Funchal over the coming Xmas and New Year. Bear in mind this is flight  only. Speaking of which one of the attractions of Madeira to me is that Xmas was only celebrated as a “long weekend” with little of the build-up associated with the UK – imagine my disappointment last week to find that the Dolce Vita shopping centre in Funchal have their Xmas decorations up already!

TAP has announced that a“General Strike is scheduled in Portugal, for the 14th of November, that may cause operational difficulties. Only closer to the date TAP will be able to provide more details about consequences on our operation.

However, in order to prevent any inconvenience for our passengers, it is already possible to change the reservations to other dates. It is possible to do so through our Contact Center or our Facebook page. If your reservation was made through a Travel Agency, we suggest that you contact them directly.